Napoli's stadium has been renamed after Diego Maradona in memory of the late Argentine who led the club to two Italian league titles, Naples town hall said Friday. 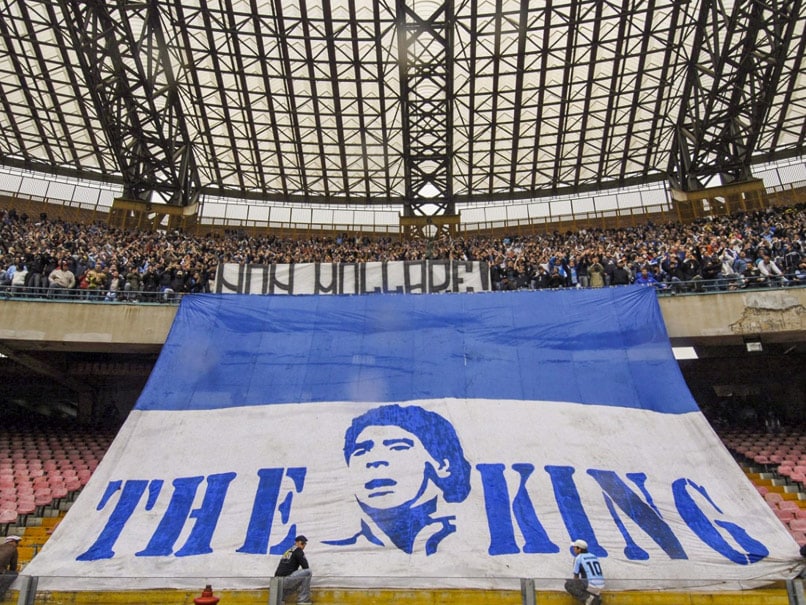 Napoli's stadium has been renamed after Diego Maradonain memory of the late Argentine who led the club to two Italian league titles, Naples town hall said Friday. The city authorities and the club's president had proposed renaming the San Paolo Stadium within hours of Maradona's death on November 25. "The decree was signed by the entire city council," the city government said in a statement. The statement hailed Maradona as "the greatest footballer of all time who, with his immense talent and magic, honoured the Naples jersey for seven years, offering it two Italian league titles and other prestigious trophies, and receiving, in exchange, the eternal and unconditional love of the entire city".

Napoli's next home game will be next Thursday in the Europa League against Real Sociedad.

Napoli have already paid homage to Maradona, who played for the club from 1984 to 1991, in two home games.

The players wore his number ten for a minute's silence in a Europa League game the day after Maradona's death. In Serie A on Sunday against Roma the team played in a jersey reminiscent of the Argentine colours, designed as a tribute to Maradona.

Napoli Diego Maradona Football
Get the latest updates on ICC T20 Worldcup 2022, check out the Schedule and Live Score. Like us on Facebook or follow us on Twitter for more sports updates. You can also download the NDTV Cricket app for Android or iOS.