Frustrated with the referee's decision, Ruben Aguilar kicked the VAR monitor, on his way to the tunnel. 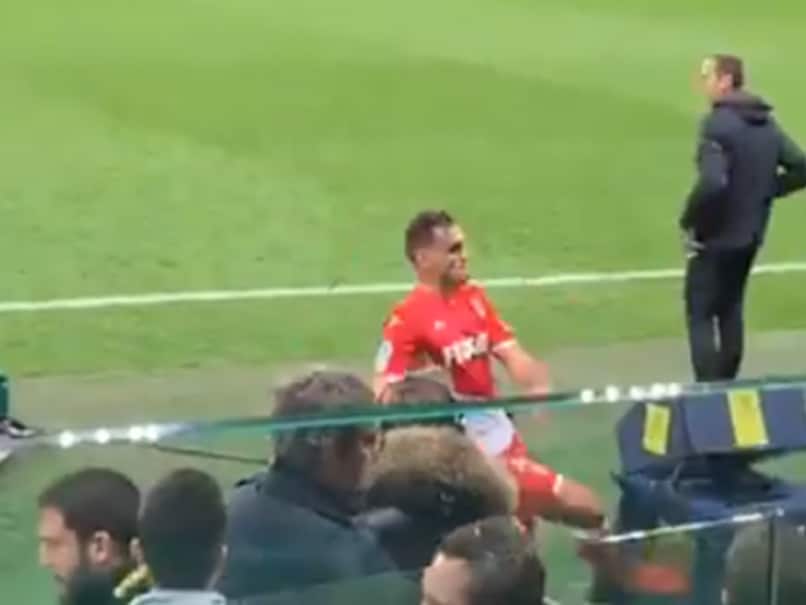 The controversies around the decisions made by the Video Assistant Referee (VAR) have scaled up in the recent times, with managers from various teams raising their concern in public. Not only managers, VAR decisions have often led to several players expressing their disappointment with the system. However, none of the players have, so far, vented their frustration out in the manner AS Monaco right-back Ruben Aguilar did after he received a straight red card in the 90th minute of a Ligue 1 game against Saint-Etienne on Monday. Aguilar was sent off by referee Jerome Brisard after he fouled an Etienne player who looked set to double his side's lead in the stoppage time.

Frustrated with the referee's decision, Aguilar kicked the VAR monitor placed near the touchline, on his way to the tunnel.

While many criticised Aguilar's act, there were people who sympathised with the him and came to defend his act, calling the VAR unjust.

Here are some of the reaction:

I m Monaco fan
It was not offside
Reason why he kicked VAR
I support Ruben Aguilar. pic.twitter.com/PFZjh6eeIJ

Ruben Aguilar pretty much summarising how the whole of England feels about VAR right nowpic.twitter.com/9JJvFZzdiR

Aguilar's overreaction was also because in the same game Saint-Etienne's Wesley Fofana had committed a similar foul in the 72nd minute and was shown a straight red card. However, unlike Aguilar Fofana's red card decision was overturned by the VAR.

Monaco lost the match 0-1 after Etienne's Denis Bouanga broke the deadlock in the a minute before the hour-mark. Bouanga's 59th minute strike turned out to be the only goal in the match as none of the players from could beat the goalkeepers on either ends.

Monaco who won the French league in the 2016-17 season and finished as the runners-up in the following season, are currently in the bottom half of the table on 15th spot, with just 12 points from as many games.

Saint-Etienne are on the 8th position in the points table as they have 18 points from 12 matches.

AS Monaco Football St. Etienne
Get the latest updates on Fifa Worldcup 2022 and check out  Fifa World Cup Schedule, Stats and Live Cricket Score. Like us on Facebook or follow us on Twitter for more sports updates. You can also download the NDTV Cricket app for Android or iOS.