Thierry Henry is keen for another chance to prove he can be a successful manager despite his unhappy brief tenure at Ligue 1 side Monaco. 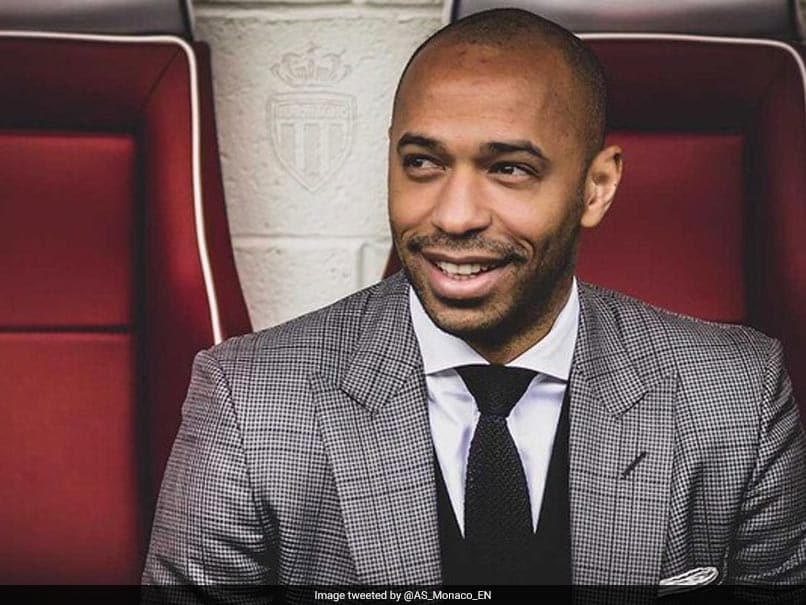 Thierry Henry said although he has been contacted over jobs, he has yet to find the right fit.© Twitter

France football legend Thierry Henry is keen for another chance to prove he can be a successful manager despite his unhappy brief tenure at Ligue 1 side Monaco. The 42-year-old -- Arsenal's record goalscorer -- told the Daily Telegraph that although his phone did not ring for four months following his sacking, things have picked up since then and he has received five offers. Henry's dream return last October to manage Monaco, the club where he established his reputation as a top class striker, turned into a nightmare.

Having been part of Belgium manager Roberto Martinez's backroom team at the World Cup -- where they reached the semi-finals -- he lasted just over 100 days after only four league wins.

"Call me crazy if you want, but I love football and I believe I can be a successful coach," he said.

"I like to lead and it's on me to make it happen. The same when I joined Arsenal as a player, the same when I went to Belgium with Roberto. It's an evolution."

Henry, who was a member of the France squads that won both the 1998 World Cup and the Euro 2000 title, said although he has been contacted over jobs, he has yet to find the right fit.

"My phone didn't ring for four months after I left Monaco and then all of a sudden I got five calls," he said.

"Some were not what I was looking for and some were as a number two."

"I won't do a number two job because I want to be a number one."

Henry, who has spoken with basketball and athletics coaches since being fired to gain extra insight into coaching top level athletes, says it is frustrating having to wait around for another opportunity but  he is convinced football coaching is where his future lies.

"I came out of it fully reassured that's what I want to do, zero doubt about it," he said.

All Henry asks is for transparency from his employers.

"Communication and honesty from the start is key," he said.

"What's the job? Is the job to stay up, is the job to win the League or be in the Champions League?

"But how and what is success? Is success improving players? Ultimately, results are the most important thing, but I want to improve players as well."

AS Monaco Football
Get the latest updates on T20 World Cup, check out the T20 World Cup Schedule and Live Score . Like us on Facebook or follow us on Twitter for more sports updates. You can also download the NDTV Cricket app for Android or iOS.