Mohun Bagan will be officially declared as the champions as the remaining 28 matches of the I-League will be cancelled due to the coronavirus-forced lockdown. 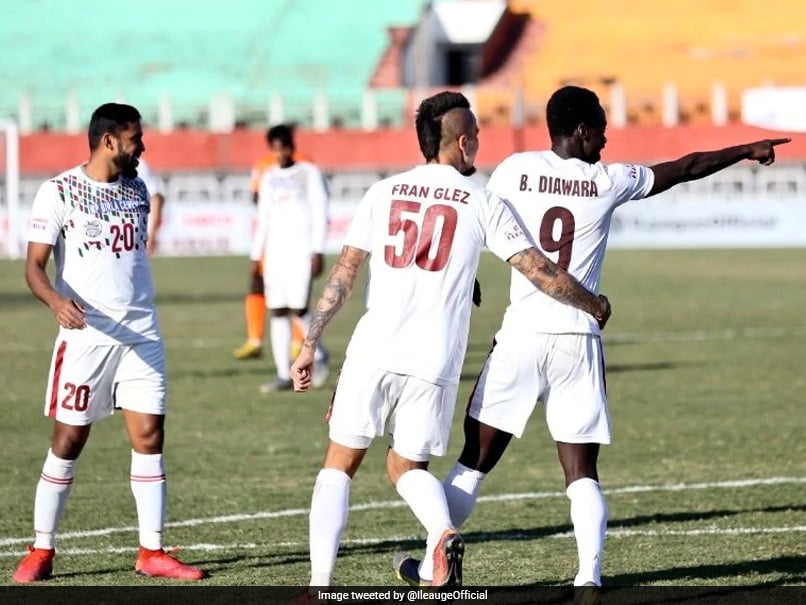 Mohun Bagan have already clinched the title with four rounds left to be played.© Twitter

Mohun Bagan have already clinched the title with four rounds left to be played with 39 points from 16 matches before the AIFF suspended the I-League on March 14 on the directives of the government.

There was a three-way race among East Bengal, Minerva Punjab (both on 23 points from 16 matches) and Real Kashmir (22 points from 15 matches) for the runners-up slot before the I-League was suspended.

"Mohun Bagan with 39 points from 16 matches enjoy a point difference which is insurmountable by any other team even if all other matches had been played and concluded as a normal course of action," the I-League Committee said.

"With regards to the remaining clubs, and noting the concerns expressed by many of them in writing, the League Committee recommended the remaining prize money (apart from the champion's prize money) be equally divided among the remaining 10 participating clubs."

The committee also recommended that there be no relegation from the I-League 2019-20 season, in a huge relief for the likes of Aizawl FC and Neroca FC.

At the time of suspension of the league, Indian Arrows were at the bottom of the 11-team heap, while Neroca (19 points from 17 matches) and Aizawl FC (16 points from 15 matches) were at ninth and 10th, respectively.

Indian Arrows, the developmental side of the AIFF, will not be relegated in any case. Regarding the second division league, the committee said it will "wait for approval over regulatory matters from AIFF Executive Committee and Asian Football Confederation to understand the feasibility of organising a shorter duration tournament next season for qualification to I-League 2020-21".

The committee also recommended to abandon the various youth leagues for which nearly 500 matches are yet to completed as the panel felt it would be an injustice for kids and youth players to be compromising with social distancing.

Regarding the AIFF academy accreditation process, it recommended an extension of deadline for submission of the requisite documentations after the ongoing lockdown is lifted.

Comments
Topics mentioned in this article
Mohun Bagan Football
Get the latest updates on IND vs NZ 2021, check out the Schedule and Live Score . Like us on Facebook or follow us on Twitter for more sports updates. You can also download the NDTV Cricket app for Android or iOS.