No Kicks In Kashmir: Stranded Footballers Turn To Video Games And Gym

Real Kashmir Football Club's foreign players have been stranded in a Srinagar hotel amid the 21-day nationwide lockdown. 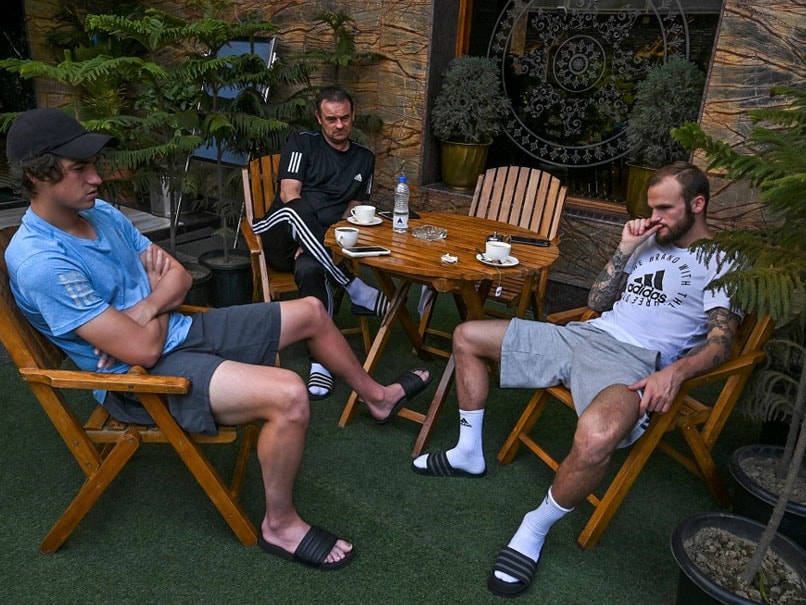 Stranded by the coronavirus lockdown in one of the world's most militarised regions, Zambia's Aaron Katebe is no longer kicking a football -- he is playing video games or working out in a hotel gym in Kashmir. Katebe is one of four African and six British players for Real Kashmir now stuck in a hotel the region's main city of Srinagar, after the I-League was abruptly ended by the pandemic last month. The foreign imports including Scottish coach David Robertson's son Mason, have helped turn Real Kashmir into a force after becoming the first club from the Himalayan region to play in the I-League.

"It is the first time that I have had to face such a situation," 28-year Zambian international Katebe told AFP.

"I am in touch with my wife and parents. Connectivity is low here so it is difficult to communicate but I do talk to them over phone.

"I am not scared because I believe in God and have faith that everything will be OK. There is gym in the hotel, which I frequent, and I am also on my PlayStation a lot."

Robertson is anxious to get home to Scotland to be with his ailing mother who is undergoing chemotherapy for cancer.

"We are hopeful of getting a flight from Punjab next week. So keeping our fingers crossed. Hopefully we get to Aberdeen safely," said Robertson.

"I have been in constant touch with my mum and dad despite the internet connectivity being not too good here.

"Facetime and video calls are very difficult, so most of the time it is just by voice. There is frustration."

Last August, the central government stripped Kashmir of its semi-autonomous status and imposed a communications blackout until January that virtually cut it off from the outside world.

"It has been difficult. Internet and power cuts are bad. I have got used to it and this season was good," said Robertson.

But then came the government proclamation aiming to tighten its grip on the Muslim-majority region.

"We couldn't get back to Kashmir and when we did get back we couldn't call home for two weeks," Robertson said.

"There are 10 of us here in the hotel. And day by day we don't even talk of football any more," he added.

"So it just shows, that despite football being a big part of my life, when these things happen it doesn't leave anything really."

Against the odds, Real Kashmir were title contenders in their first I-League season, but finished third.

The current season has been abandoned with leaders Mohun Bagan of Kolkata declared champions.

Real Kashmir's co-owner Sandeep Chattoo, who has also taken up residence in the hotel, said the players are sticking together despite the panic.

"I just couldn't have dumped them here. Staying back has helped and our efforts have ensured that at least the UK nationals will probably leave in the coming week," Chattoo told AFP.

"The African players unfortunately have to stay longer but they are safe and comfortable here."