Mohamed Salah scored 44 goals in all competitions for Liverpool last season and has netted 13 times in the 2018/2019 campaign. 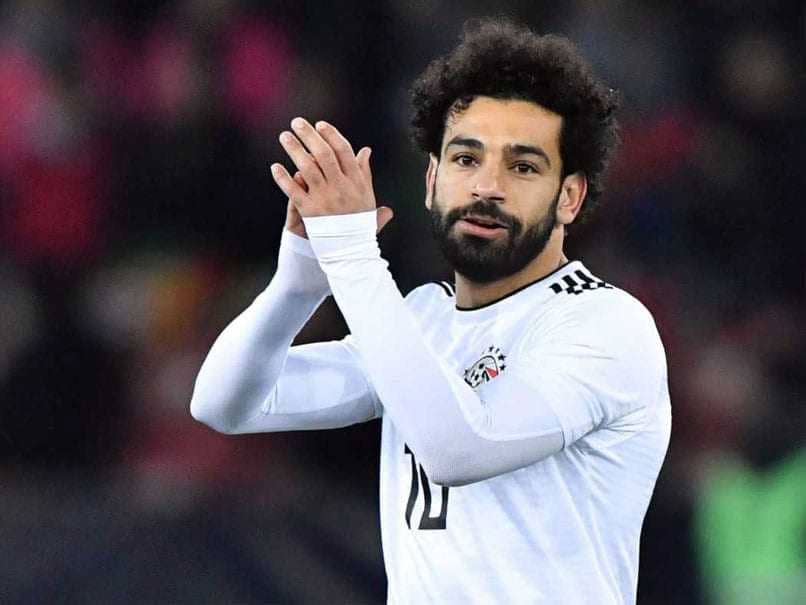 Mohamed Salah could become the first player from the north of the continent to claim back-to-back titles.© AFP

Liverpool star Mohamed Salah is set to be named 2018 African Player of the Year for a second successive time at a gala awards ceremony in Senegal on Tuesday. The sharpshooter is competing against fellow Premier League stars, Liverpool team-mate Sadio Mane from Senegal and Gabonese Pierre-Emerick Aubameyang of Arsenal. Consistent scorer Salah has already won the 2018 BBC African Footballer of the Year prize and it would be a shock if he did not add to his collection of individual honours in Dakar.

Should he be confirmed as the best footballer in Africa once again, Salah will become the first player from the north of the continent to claim back-to-back titles.

Manchester City midfielder Toure, the younger brother of former Arsenal defender Kolo, went on to finish first four times in a row from 2011.

Eto'o and Ghanaian Abedi 'Pele' Ayew are also four-time Player of the Year winners, but not in consecutive years.

Paris-based France Football magazine organised the annual award until the mid-1990s when the Confederation of African Football (CAF) took over.

Votes from national team and selected club coaches, CAF officials and unnamed 'experts' count toward deciding who lifts the trophy.

Salah scored 44 goals in all competitions for Liverpool last season, his first at Anfield after moving from Italian Serie A outfit Roma.

After a slow start to the 2018/2019 campaign, the winger has netted 13 goals, one less than Aubameyang and Tottenham Hotspur and England star Harry Kane.

The Egyptian also scored the winning goal against Napoli at Anfield last month that took Liverpool to the knockout phase of the Champions League at the expense of the Italian club.

Salah had less success with Egypt last year as injury ruled him out of the loss to Uruguay at the start of the World Cup in Russia.

He did score against both Russia and Saudi Arabia, but the north Africans were beaten in both matches and exited without securing even one point.

Later in the year, Salah scored twice but failed to convert two penalties as the Pharaohs ran riot at home to Niger in a 2019 Africa Cup of Nations qualifier, winning 6-0.

Aubameyang, the son of former Gabon star Pierre, has made the top three for the fifth successive year, finishing second in 2014, then first, second and third.

Mane was third behind Algerian Riyad Mahrez and Aubameyang in 2016 and second last year, 118 points adrift of Salah.

Madagascar and Mauritania, first-time qualifiers for the Cup of Nations, will compete with Uganda for the national team of the year award.

Asisat Oshoala from reigning African champions Nigeria is seeking a third straight victory in the Women's Footballer of the Year category.

Her rivals are compatriot Francisca Ordega, and Chrestinah Kgatlana from South Africa, runners-up to Nigeria in the 2018 Africa Women's Cup of Nations.

Liverpool Mohamed Salah Football
Get the latest updates on India vs Australia Series, check out the India vs Australia Schedule for 2020-21 and Ind vs Aus live score . Like us on Facebook or follow us on Twitter for more sports updates. You can also download the NDTV Cricket app for Android or iOS.