Mohamed Salah Could Be Out For 'Three To Four Weeks'

Mohamed Salah faces a fight to play in any of Egypt's World Cup group games, according to one of Liverpool's physiotherapists. 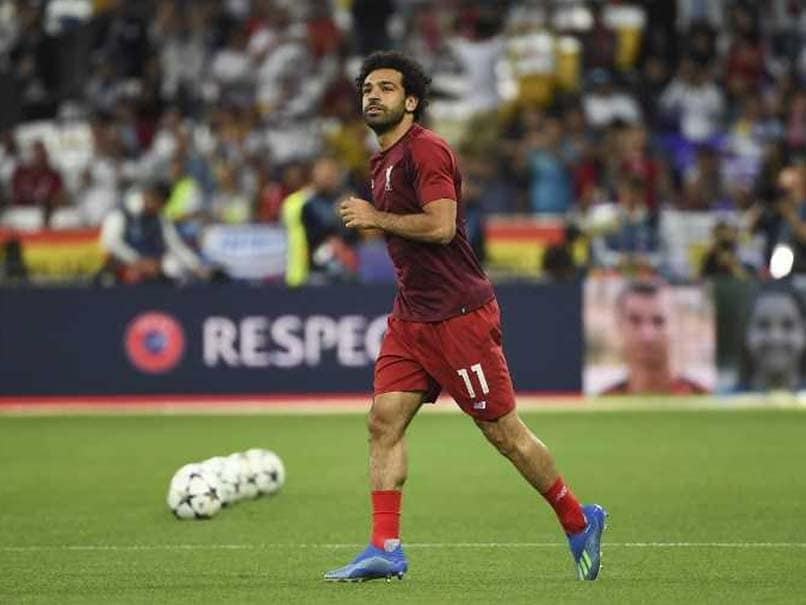 Mohamed Salah faces a fight to play in any of Egypt's World Cup group games, according to one of Liverpool's physiotherapists. Club physio Ruben Pons has estimated Salahwould normally need "three to four weeks" to recover from the left shoulder injury he sustained during Saturday's Champions League final against Real Madrid. A three-week absence would keep Salah out of action until June 19 while four weeks would see the forward sidelined until June 26, the day after Egypt's last group game. Salah may also then need to regain a degree of match fitness.

Egypt's opening fixture in Group A is against Uruguay on June 15. They then face Russia on June 19 and Saudi Arabia on June 25.

"He is sad about what happened but he is totally focused on recovery and seeing when he can be ready," Pons told Spanish daily, Marca.

"In principle it will be three to four weeks but we are going to try to reduce those deadlines, that's the big goal."

Salah has flown to Spain to undergo treatment, accompanied by doctors from both Liverpool and the Egyptian national team.

The 25-year-old had to be substituted during the first half of Liverpool's defeat in Kiev after being pulled to the ground by Sergio Ramos.

He left the field in tears but appeared more optimistic on Sunday, when he wrote on Twitter: "It was a very tough night, but I'm a fighter.

"Despite the odds, I'm confident that I'll be in Russia to make you all proud. Your love and support will give me the strength I need."

Comments
Topics mentioned in this article
Liverpool Mohamed Salah Football English Premier League
Get the latest updates on ICC Women's Cricket World Cup 2022 and IPL 2022, check out the Schedule , Live Score and IPL Points Table. Like us on Facebook or follow us on Twitter for more sports updates. You can also download the NDTV Cricket app for Android or iOS.