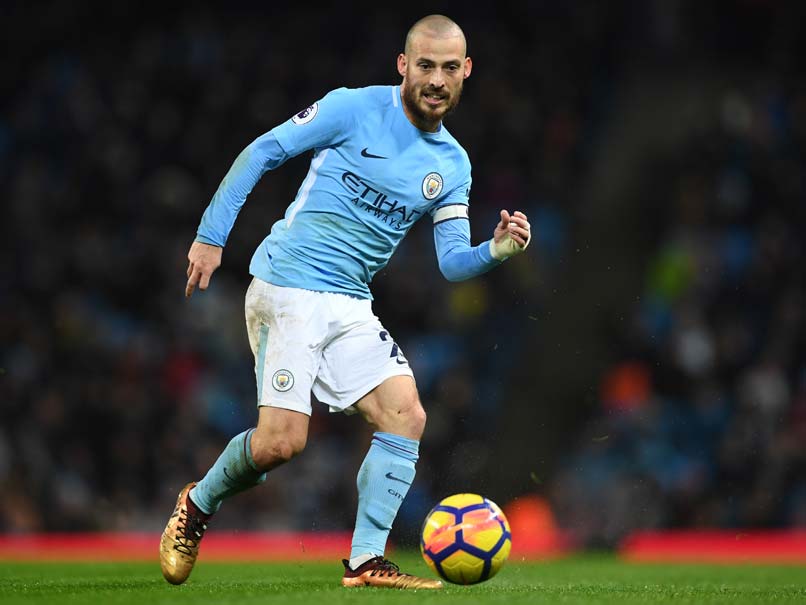 David Silva made 436 appearances for Manchester City since joining them in 2010.© AFP

David Silva is to be honoured by Manchester City, as former captain Vincent Kompany was, with a statue celebrating his 10 years with the club and his contribution to 14 trophies, the club announced on Monday. The 34-year-old former Spanish international attacking midfielder saw the curtain come down on his career at City in the surprise 3-1 loss to French side Lyon in Saturday's Champions League quarter-final.

"David is a transformational player, a quiet leader who has inspired everyone around him," said City chairman Khaldoon Al Mubarak in a club statement.

"David's statue will act as a lasting reminder of the wonderful moments that he gave us, not only as an incredible footballer, but as an inspiring ambassador who represented this football club with great dignity at all times."

Silva's contribution will also be commemorated by a mosaic and the naming of a training pitch in his honour at City's training ground.

Silva holds the record for the most European appearances for City, having played 70 Champions League matches over the past decade.

Silva is unlikely to hang up his boots as he has been linked with a move to Serie A side Lazio, who have reportedly offered him a three year contract.

Vincent Kompany Football
Get the latest updates on IPL Auction 2023 and check out  IPL 2023 and Live Cricket Score. Like us on Facebook or follow us on Twitter for more sports updates. You can also download the NDTV Cricket app for Android or iOS.