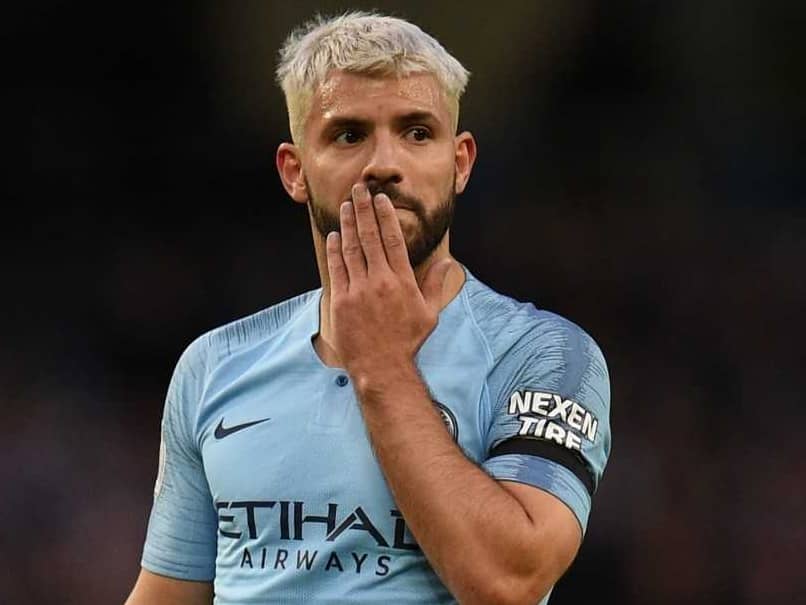 Manchester City would have the right to appeal such a ban to the Court of Arbitration for Sport.© AFP

Premier League champions Manchester City said Tuesday they were concerned  "individuals intent on damaging" the club may be behind a news report that European football's financial regulators are poised to recommend they be barred from the Champions League. European football's governing body UEFA and the Premier League launched an investigation this year after allegations made in German magazine Der Spiegel that the club broke Financial Fair Play rules.

The New York Times said Monday that members of the investigatory chamber of UEFA's financial control board, set up to analyze the accounts of clubs suspected of breaking cost-control regulations, met two weeks ago in Switzerland to finalize their conclusions.

"The investigatory panel's leader, the former prime minister of Belgium Yves Leterme, will have the final say on the submission to a separate adjudicatory chamber, which could be filed as soon as this week. The body is expected to seek at least a one-season ban," said the Times.

"In doing so the club is reliant on both the CFCB IC's independence and commitment to due process; and on UEFA's commitment of March 7 that it 'will make no further comment on the matter while the investigation is ongoing'," read their statement.

"The implications are that either Manchester City's good faith in the CFCB IC is misplaced or the CFCB IC process is being misrepresented by individuals intent on damaging the club's reputation and its commercial interests. Or both."

It was unclear if such a ban, if levied, would be enforced next season or in the 2020-21 campaign, the Times said, noting that with qualifying for Europe's most prestigious and lucrative club championship set to start in June there is little time to finalize a sanction.

Manchester City would also have the right to appeal such a ban to the Court of Arbitration for Sport.

City were fined 60 million euros ($67.3 million) and subjected to squad, wage and spending caps in a 2014 settlement agreed with UEFA following a previous breach of the rules.

But the club says the claims made in Der Spiegel were an "organized and clear" attempt to damage its reputation.