UEFA and the Premier League launched an investigation this year after allegations made in German magazine Der Spiegel that the club broke FFP rules. 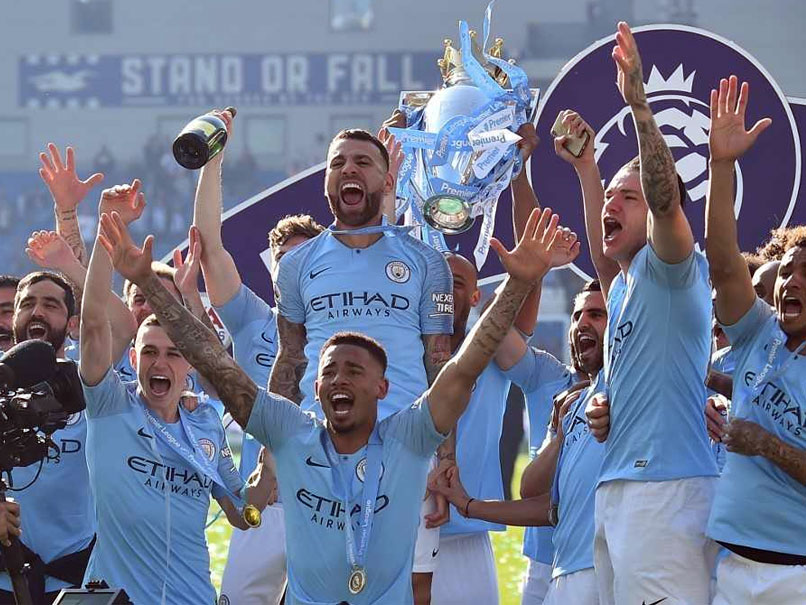 European football's financial regulators are poised to recommend that newly minted Premier League champions Manchester City be barred from the Champions League, the New York Times reported on Monday. European football's governing body UEFA and the Premier League launched an investigation this year after allegations made in German magazine Der Spiegel that the club broke Financial Fair Play rules. Members of the investigatory chamber of UEFA's financial control board, set up to analyze the accounts of clubs suspected of breaking cost-control regulations, met two weeks ago in Switzerland to finalize their conclusions, the newspaper said.

"The investigatory panel's leader, the former prime minister of Belgium Yves Leterme, will have the final say on the submission to a separate adjudicatory chamber, which could be filed as soon as this week. The body is expected to seek at least a one-season ban," the Times said.

It was unclear if such a ban, if levied, would be enforced next season or in the 2020-21 campaign, the Times said, noting that with qualifying for Europe's most prestigious and lucrative club championship set to start in June there is little time to finalize a sanction.

Manchester City would also have the right to appeal such a ban to the Court of Arbitration for Sport.

Manchester City vigorously denied any financial irregularities, saying in March they welcomed UEFA's investigation as an opportunity to clear their name.

Manchester City, who were fined 60 million euros (USD 67.3 million) and subjected to squad, wage and spending caps in a 2014 settlement agreed with UEFA following a previous breach of the rules.

But the club says the claims made in Der Spiegel were an "organized and clear" attempt to damage its reputation.

Manchester City Football
Get the latest updates on IPL Auction 2023 and check out  IPL 2023 and Live Cricket Score. Like us on Facebook or follow us on Twitter for more sports updates. You can also download the NDTV Cricket app for Android or iOS.