Both Lionel Messi and Barcelona appear keen to put on a united front, at least for now, ahead of their return to La Liga later this month. 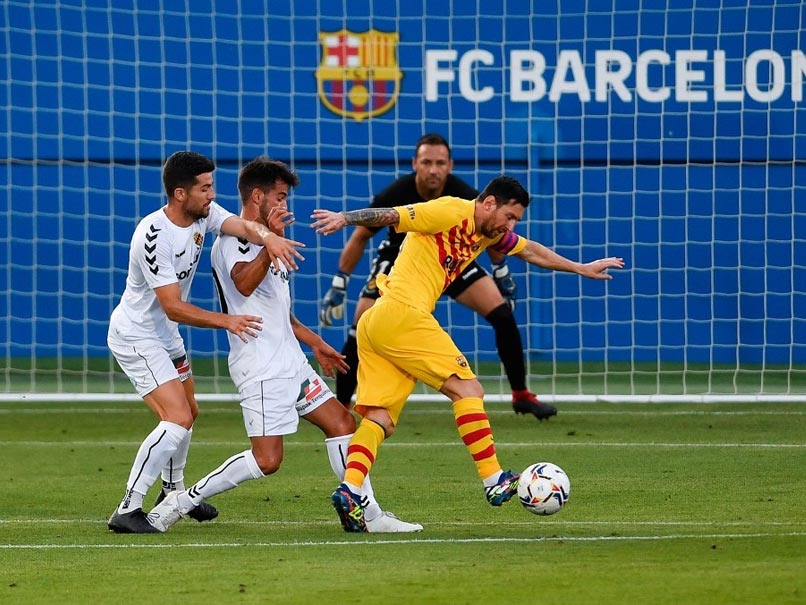 Lionel Messi started and played 45 minutes in Barcelona's first pre-season friendly on Saturday as Ronald Koeman showed no hesitation in reintegrating the Argentinian. Barca beat third tier side Gimnastic Tarragona 3-1, with Ousmane Dembele opening the scoring on his first appearance since November. Antoine Griezmann and Philippe Coutinho, who was also returning after his loan spell at Bayern Munich, then each scored penalties, either side of Javier Bonilla pulling one back for the visitors.

But Messi's return at the Johan Cruyff Stadium was perhaps the biggest plus for Koeman, who was taking charge of his first game since being appointed coach last month.

Messi also led the team out wearing the armband after Barcelona had confirmed earlier on Saturday that he will continue as captain this season.

Both club and player appear keen to put on a united front, at least for now, ahead of their return to La Liga later this month.

After condemning the board last week and admitting he had been forced to stay, Messi arrived early on Monday for his return to pre-season training and worked on the squad's days off in a bid to catch up.

Koeman, meanwhile, said last month he only wanted players who wanted to be at Barcelona but he was full of praise for Messi on Friday, calling him "the best", and backed that up in his first team selection.

Messi played 45 minutes as part of Koeman's plan to field two different line-ups in each half.

Yet his starting front three of Messi, Griezmann and Dembele looked suspiciously like a first-choice attack, with Dembele making his first appearance since he tore his hamstring nine months ago.

Koeman also handed starts to youngsters Carles Alena and Pedri in midfield while Jordi Alba, Clement Lenglet, Gerard Pique and Sergi Roberto formed a familiar back four, ahead of Neto, who is standing in for the injured Marc-Andre ter Stegen in goal.

New signing Francisco Trincao, Coutinho, Frenkie de Jong and 19-year-old American international Konrad de la Fuente were among those to come on for the second half.

There was no place in the squad for either Luis Suarez or Arturo Vidal, who have both been told they can leave.

Barcelona will not play their first La Liga game against Villarreal until round three at the end of the month, having been granted extra time off due to their involvement in last season's Champions League.

But seven games are scheduled this Saturday and Sunday, the first of them finishing goalless between Eibar and Celta Vigo.

Still without fans due to the coronavirus pandemic, Spain's top flight got off to a slow start at Ipurua, where Eibar finished with 10 men after Pape Diop was sent off in the 87th minute.

Granada then picked up where they left off last season by defeating Athletic Bilbao 2-0 at Los Carmenes while newly-promoted Cadiz, back in La Liga for the first time in 14 years, lost 2-0 at home to Osasuna.

Antoine Griezmann Philippe Coutinho Football
Get the latest updates on India vs South Africa and check out  Schedule, Results and Live Score. Like us on Facebook or follow us on Twitter for more sports updates. You can also download the NDTV Cricket app for Android or iOS.