Lionel Messi could make his Paris Saint-Germain debut against Reims in Ligue 1 next weekend, according to head coach Mauricio Pochettino. 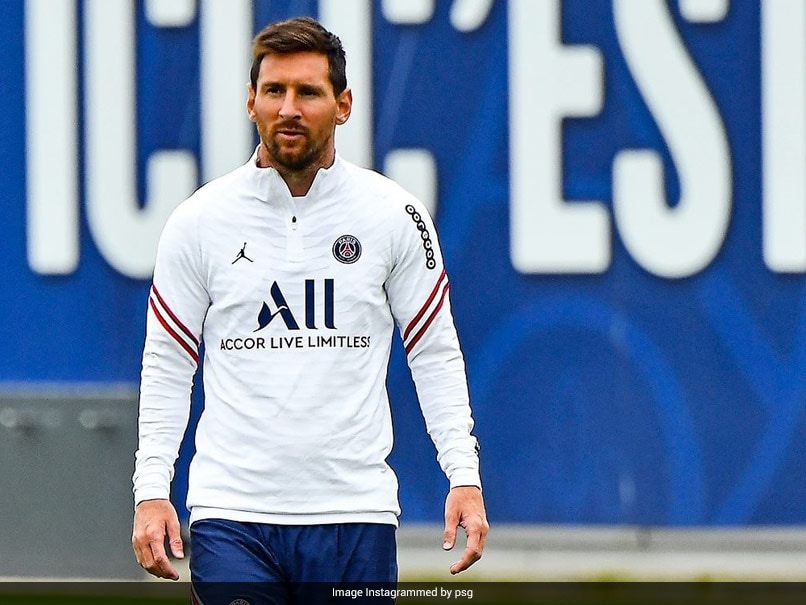 Lionel Messi could make his Paris Saint-Germain debut against Reims in Ligue 1 next weekend stated head coach Mauricio Pochettino. The six-times Baloon d'Or winner left his former club FC Barcelona as a free agent after the Spanish club announced that "financial and structural obstacles" meant the deal between them and Messi could not be completed. The legendary forward is now fast approaching to make his debut in PSG's colours at Stade Auguste-Delaune II on August 30. "It's been a very good week for Leo," Pochettino told ESPN Argentina as per Goal.com, after his side's 4-2 win over Brest on Friday.

"Next week will be a long one, but if all goes well, we hope he can be in the squad and start at a competitive level [against Reims]," he added.

Pochettino also confirmed that the club would not stand in Messi's way if he elects to link up with the Argentina national team ahead of their Qatar 2022 World Cup qualifiers next month.

"I have not yet spoken with the selectors. But they know that I am pro-selection and that we are to help not only Argentina, but all those nations which involve our players," Pochettino said.

Earlier, Paris Saint-Germain came out on top against Brest on Matchday 3 of Ligue 1 after another spectacular performance (2-4).

Ligue 1 giants made it three in three to continue a faultless start to the campaign. This excellent performance allowed Les Parisiens to climb temporarily to the top spot in the league table.