Paris Saint-Germain coach Mauricio Pochettino left Lionel Messi and Neymar Jr out of his squad for Friday's Ligue 1 game away at Brest. 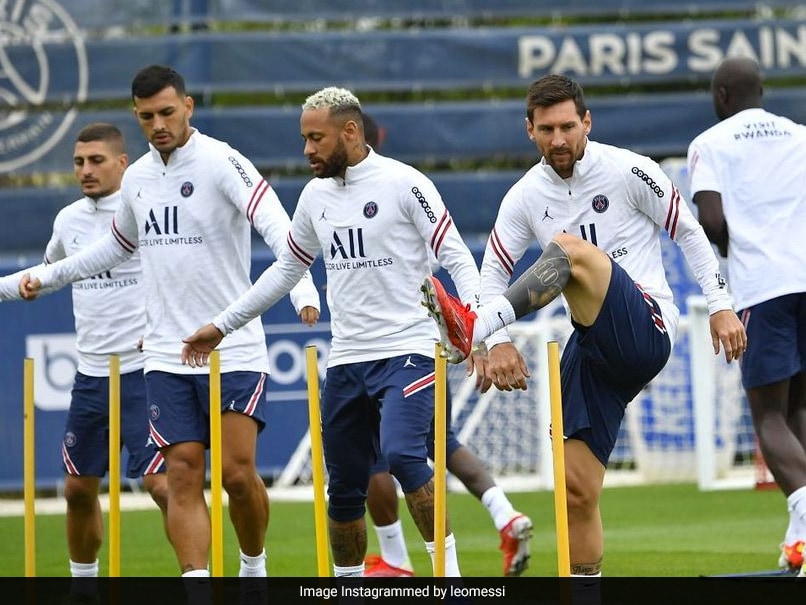 Paris Saint-Germain fans will have to wait a little longer before seeing Lionel Messi make his debut after coach Mauricio Pochettino left the former Barcelona man and Neymar out of his squad for Friday's Ligue 1 game away at Brest. Both Messi and Neymar started pre-season training late after an extended break following the Copa America -- Messi's Argentina beat Neymar's Brazil 1-0 in the final in Rio de Janeiro on July 11. Angel di Maria, who scored Argentina's winning goal in that final, was in the squad announced on Friday morning as PSG look to make it three wins from three at the start of the French season.

Gianluigi Donnarumma also appeared in the squad for the first time since moving to Paris from AC Milan after starring for Italy at Euro 2020, but fellow new signing Sergio Ramos is not yet fit to make his debut.

Messi could make his PSG debut in next weekend's game away at Reims before the September international break, when he is likely to be involved as Argentina play a triple-header of World Cup qualifiers away to Venezuela and Brazil and at home to Bolivia.

Angel Di Maria Football
Get the latest updates on IND vs NZ 2021, check out the Schedule and Live Score . Like us on Facebook or follow us on Twitter for more sports updates. You can also download the NDTV Cricket app for Android or iOS.