Ligue 1: Neymar Sent Off As Paris-Saint Germain Lose To Lille

Neymar was sent off in the closing stages as Jonathan David's strike helepd Lille defeat Paris Saint-Germain 1-0 in Ligue 1 on Saturday. 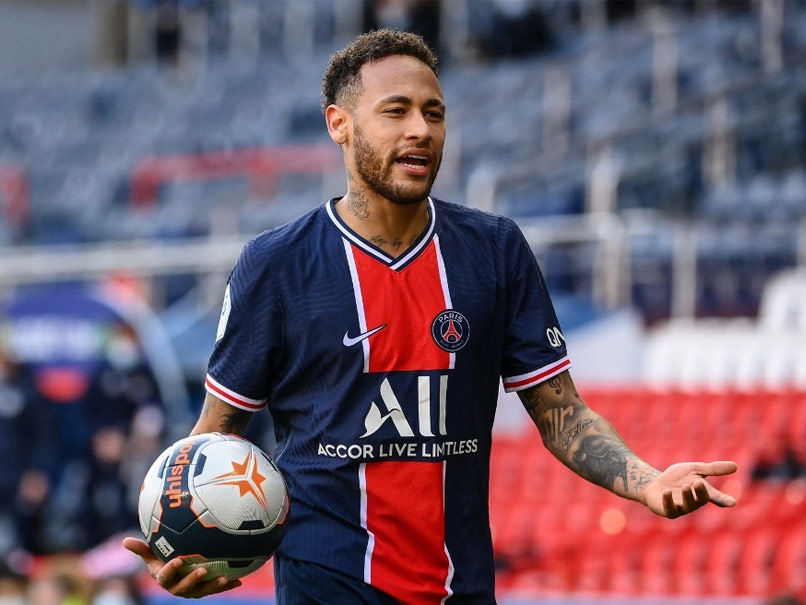 Neymar was sent off in the closing stages as PSG lost to Lille 1-0.© AFP

Neymar was sent off late on as a limping Jonathan David scored the only goal to give Lille a 1-0 win over Paris Saint-Germain in their Ligue 1 title showdown on Saturday, a result that moves them three points clear at the top of the table. Canadian striker David was struggling with an ankle injury when he fired home in the 20th minute. He was forced off soon after and came out on crutches to watch the second half with heavy strapping where he had been caught by Idrissa Gana Gueye. Without him Lille held on to beat PSG in the capital for the first time in a quarter of a century, with a frustrating afternoon for the hosts summed up when Neymar was sent off at the death.

Neymar and Lille defender Tiago Djalo were both shown second yellow cards and dismissed following an incident off the ball.

The result sees Lille take a big step towards a first Ligue 1 title in a decade, just before the Qatari takeover of PSG which changed the face of French football.

It would be a remarkable achievement for the club from France's far north to pip the Parisians, who have won seven of the last eight league crowns and face Bayern Munich away in the first leg of their Champions League quarter-final in midweek.

However Christophe Galtier's Lille are three points clear of PSG with seven games left, with Monaco another point behind in third after beating Metz 4-0 earlier on Saturday.

Lyon are contenders too. They can reclaim third spot and go level on points with PSG by beating Lens later.

Mauricio Pochettino's PSG had been fancied to go on and ease to another league title after winning 4-2 away in Lyon just before the recent international break, but this result raises doubts about their credentials.

Paris SG Lille Football
Get the latest updates on ICC Women's Cricket World Cup 2022 and IPL 2022, check out the Schedule , Live Score and IPL Points Table. Like us on Facebook or follow us on Twitter for more sports updates. You can also download the NDTV Cricket app for Android or iOS.