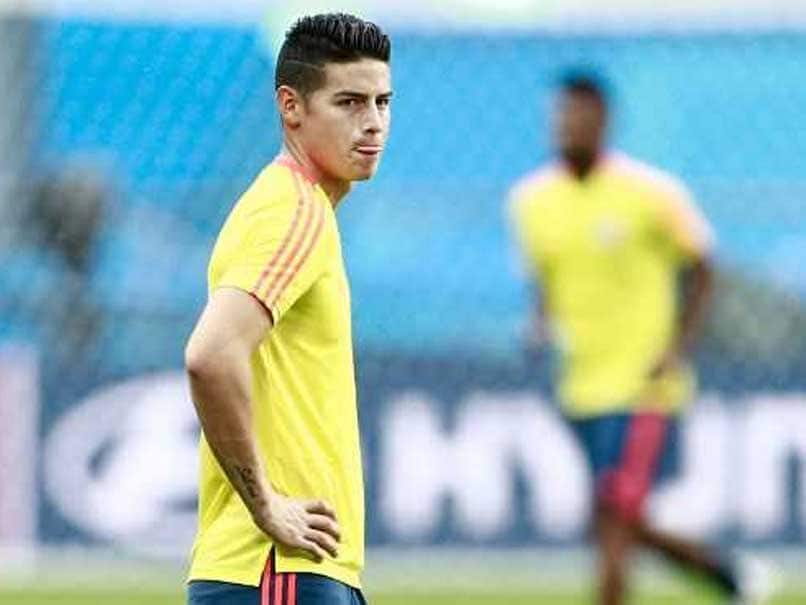 Zinedine Zidane did not reveal why James Rodriguez wanted to be left out of the Athletic Bilbao game.© AFP

Real Madrid manager Zinedine Zidane has said that striker James Rodriguez wanted to be left out of La Liga fixture against Athletic Club on Sunday. Despite the absence of the Colombian, Madrid won the match 1-0 thanks to a Sergio Ramos penalty that came after the kick was awarded following a VAR review. "He wanted to be left out because of his own reasons. The reasons are between us and I'm not going to tell you any more," Goal.com quoted Zidane as saying.

Real Madrid has a four-point advantage at the top of the standings ahead of rivals Barcelona. Madrid's boss believes the club is doing well by showing solidity and balance. He feels the side can improve the attacking.

"I'm tired of hearing that we won because of referees. It's not going to change, but the players deserve respect. Nobody is going to take our minds off our goal," Zidane said.

"I like our strength more than anything. We are showing solidity and balance when we lose the ball and we''re doing very well. We've lacked a spark in attack and we can improve, but our defensive strength is so important," he added.

Eight points from the last four games will be enough to seal the title for Madrid, a first domestic crown since 2016-17, nothing is being taken for granted.

"Until it's mathematically won, we cannot relax or think about the title. It''s a very important victory, a hard-fought game with a lot of intensity," Zidane said.

Athletic Bilbao Football
Get the latest updates on Fifa Worldcup 2022 and check out  Fifa World Cup Schedule, Stats and Live Cricket Score. Like us on Facebook or follow us on Twitter for more sports updates. You can also download the NDTV Cricket app for Android or iOS.