Paris Saint-Germain registered a second successive Ligue 1 win as they are still smarting from defeat in the Champions League final. 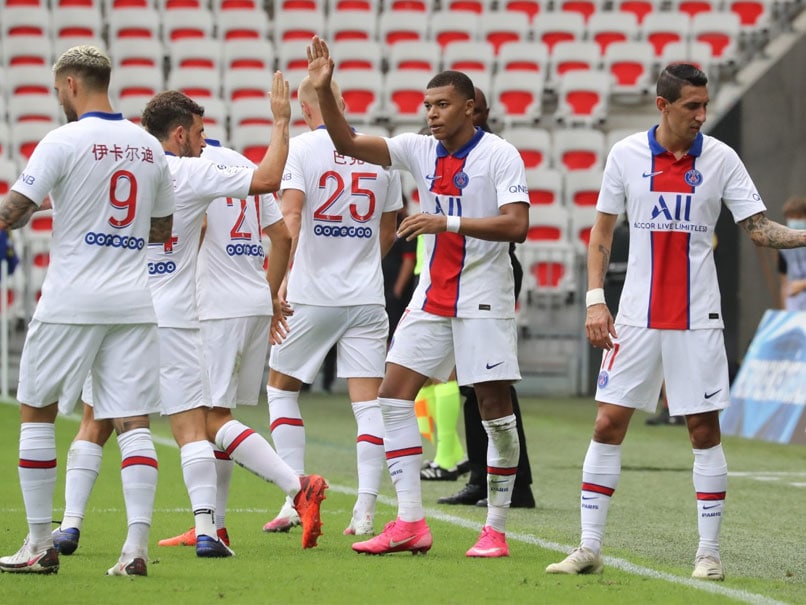 Kylian Mbappe returned to the starting line-up for Paris Saint-Germanon Sunday and scored the opener in a 3-0 win at Nice which marks another step on the road to recovery for the French champions. The 21-year-old, who tested positive for coronavirus on September 7, was on target from the penalty spot in the 38th minute. Angel di Maria added a second just before half-time and Marquinhos headed the third after 66 minutes. Mbappe thought he had scored a fourth late on but it was ruled out for offside. He was replaced by Pablo Sarabia shortly after.

It was a second successive Ligue 1 win for PSGwho began the season still smarting from defeat in the Champions League final. They lost their opening two games and the second ended in a mass brawl against Marseille which led to the suspension of Brazilian forward Neymar.

With Marco Verratti also back, PSG rarely looked troubled in the sunshine of the Mediterranean.

When 19-year-old Khephren Thuram-Ulien clipped Mbappe's ankle as the striker surged into the box, the France forward picked himself up to blast the ball high into the net.

Four minutes later, Nice almost levelled when PSG goalie Keylor Navas had to get down sharply to his left to beat away a shot from Rony Lopes.

Mbappe was back in the thick of it as the game entered stoppage time at the end of the first half.

Losing two defenders, Mbappe fired in a sharp shot which Nice goalie Walter Benitez did well to parry but only as far as the feet of Di Maria, who tapped in for 2-0.

PSG continued to control the game after the break and were rewarded with a third when Marquinhos got in front of the defence to head home.

Paris SG Kylian Mbappe Football
Get the latest updates on IND vs NZ 2021, check out the Schedule and Live Score . Like us on Facebook or follow us on Twitter for more sports updates. You can also download the NDTV Cricket app for Android or iOS.