Real Madrid are fourth in La Liga and have not scored in six hours and 49 minutes, their worst drought since 1985. 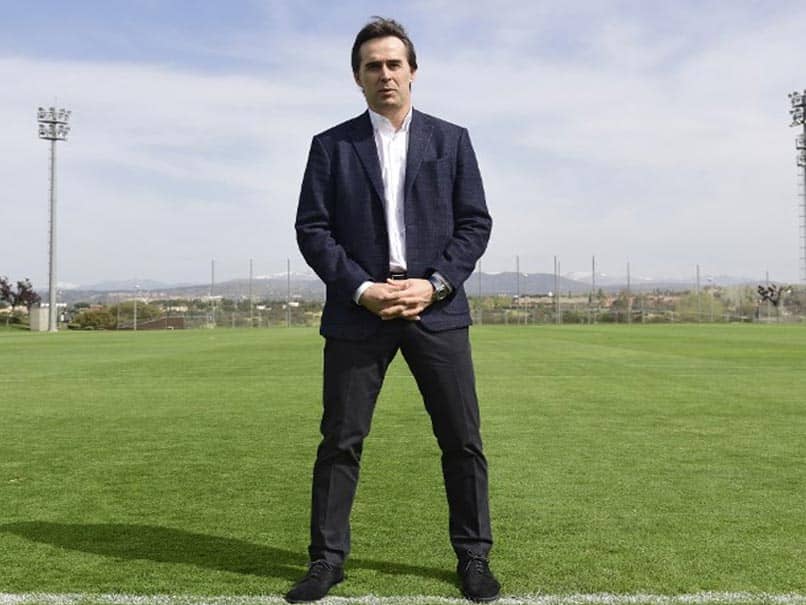 Julen Lopetegui said he feels 'good' and 'calm' over his future at Real Madrid.© AFP

Real Madrid coach Julen Lopetegui said on Friday that he feels "good" and "calm" over his future at the club despite four winless matches. "I feel good, I'm Real Madrid coach, the pressure is at the maximum," Lopetegui said at the press conference prior to the Liga match against Levante on Saturday. Real Madrid are fourth in La Liga and have not scored in six hours and 49 minutes, their worst drought since 1985. Spanish media have been speculating that Italian coach Antonio Conte, who left Chelsea in the summer, could replace Lopetegui if form does not improve.

Asked if he feels he has the support of the club, Lopetegui said  he was "absolutely calm" and added: "You have to live with all these ups and downs in a season knowing that we are where a team can reach any heights and the only recipe is to work, to keep going and to believe.

"We are focused only on the game tomorrow," he said. "We know that this season there are questions for all teams. How the season will play out, nobody knows. We need to win on the pitch."

Real Madrid open the weekend's Spanish schedule. Atletico, who are third, play later in the afternoon. Leaders Sevilla, two points ahead of Real, visit second-place Barcelona in the evening.

"There are three points to play for," Lopetegui said. "Three important points that could lift is to the top of the table."

The Real Madrid coach said he had almost all his squad fit with the recovery of the injured Isco, Karim Benzema, Marcelo and Gareth Bale, without indicating if any would play against Levante.

"Today we will see, it is the last training session before the game," he said. "We will make decisions tomorrow."