Tottenham have not taken as many risks since that wake-up call, grinding out a 1-0 win at Burnley and a 2-1 victory against Brighton, which was followed by the late victory at West Brom. 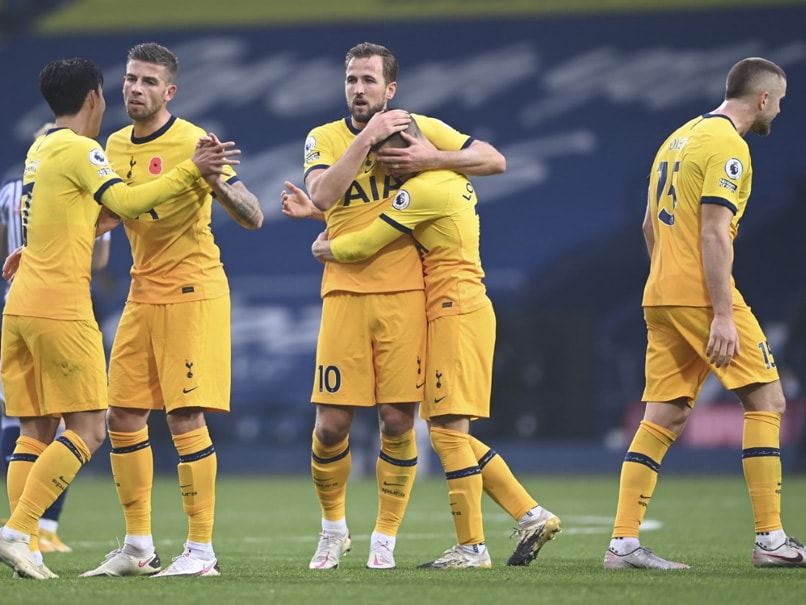 Jose Mourinho says the pain of Tottenham's late collapse against West Ham has changed the way his side play as they eye a Premier Leaguetitle challenge. Tottenham briefly sat top of the Premier League after a 1-0 win at West Bromwich Albion on Sunday before being dislodged by Leicester later in the afternoon. The hard-fought manner of the victory, secured when Harry Kane scored his 150th Premier League goal in the final moments, contrasted sharply with the way Tottenham were playing earlier in the season.

Mourinho's team were cutting teams open and scoring freely, including a 6-1 demolition of Manchester United, before squandering a 3-0 lead at home to West Ham, who scored three late goals to grab a point.

Tottenham have not taken as many risks since that wake-up call, grinding out a 1-0 win at Burnley and a 2-1 victory against Brighton, which was followed by the late victory at West Brom.

Asked about the impact of the West Ham game, Mourinho said: "We felt the pain against West Ham and since then strategically the team is behaving in a different way.

"The two clean sheets at Burnley and at West Brom showed the lesson -- a team in the last five minutes that was very solid, it looked like the pain made a positive effort and the team improved after that.

"The reality is that the players understand the need of being a team in every moment of every game."

Mourinho said his side, who are now second, one point behind Leicester, were "compensating away for the points we lost at home earlier in the season".

Tottenham Hotspur Harry Kane Football Jose Mourinho
Get the latest updates on IPL Auction 2023 and check out  IPL 2023 and Live Cricket Score. Like us on Facebook or follow us on Twitter for more sports updates. You can also download the NDTV Cricket app for Android or iOS.