Jadon Sancho scored 17 goals in the Bundesliga last season, and is currently being sought after by Manchester United. 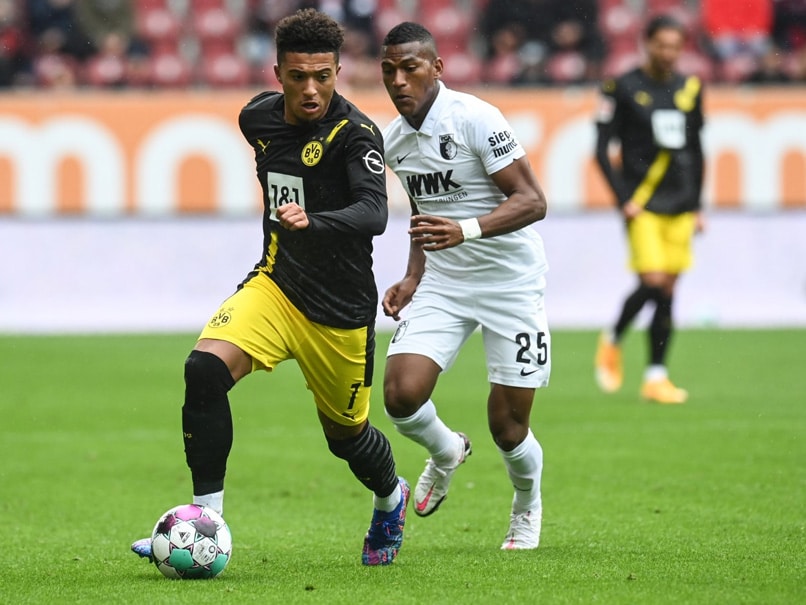 Jadon Sancho has long been linked to Manchester United© AFP

Borussia Dortmund insisted Friday there is no chance that England winger Jadon Sancho will join Manchester United before the transfer window closes in three days time. According to Sky Sports last Tuesday, Dortmund rejected a formal bid from United of up to 100 million euros. "We have of course had communication with Manchester, but everything there is to say on the subject has already been said by us," sports director Michael Zorc said with the transfer window to close on Monday.

"That will not change in the next three days."

Sancho, 20, who scored 17 goals in the Bundesliga last season, has been a long-term target for United as they look to build on finishing third in the Premier League last season.

It's unclear whether Sancho will be fit to play Freiburg at home in the Bundesliga on Saturday, having also sat out Wednesday's 3-2 defeat away to Bayern Munich in the German Super Cup showdown.

"Jadon has a slight cold, we'll see," said coach Lucien Favre on Friday with Sancho so far having tested negative for the coronavirus earlier in the week.

So far in 2020/21, Dortmund beat fellow Champions League side Moenchengladbach a fortnight ago, but crashed to a 2-0 defeat at Augsburg last Saturday before losing to Bayern on Wednesday.

Borussia Dortmund Football
Get the latest updates on Fifa Worldcup 2022 and check out  Fifa World Cup Schedule, Stats and Live Cricket Score. Like us on Facebook or follow us on Twitter for more sports updates. You can also download the NDTV Cricket app for Android or iOS.