The Bundesliga became the first of the major European football leagues to resume on May 17, following the coronavirus shutdown. 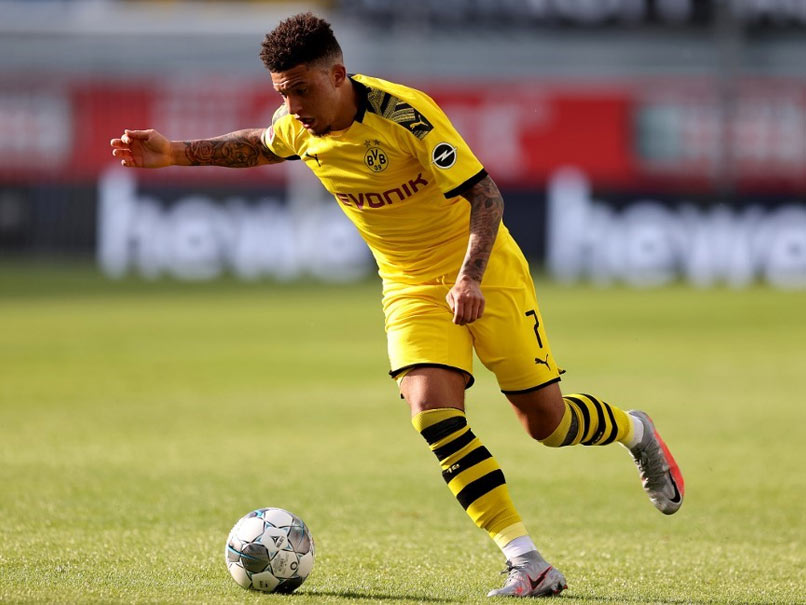 Jadon Sancho has been fined by the German league for breaking stringent health guidelines.© AFP

English midfielder Jadon Sancho and his Borussia Dortmund teammate Manuel Akanji were fined by the German league on Friday for breaking stringent health guidelines to get haircuts at home. Photos emerged of Sancho, 20, and 24-year-old Swiss defender Akanji having their hair styled in their respective homes, with neither the players nor the hairdresser wearing any personal protective equipment.

The German league (DFL) said in a statement: "The players from Borussia Dortmund had obviously violated general hygiene and infection protection standards at home hairdressing appointments and in particular the medical-organisational concept of the DFL task force.

"There is no question that professional footballers also have to have their hair cut. However, this currently has to be done in accordance with the medical-organisational concept."

The German football federation (DFB) decided on Wednesday it would not fine Sancho for lifting his Dortmund shirt to reveal a t-shirt bearing the message "Justice For George Floyd" during the win against Paderborn last weekend.

The death of Floyd, a black American, as a white policeman kneeled on his neck in Minneapolis has sparked days of protests in cities across the United States and in other countries.

The Bundesliga became the first of the major European football leagues to resume on May 17, following the coronavirus shutdown. Players and coaches must follow strict health guidelines, including regular testing and only remaining with family members or teammates in between matches.

Borussia Dortmund Jadon Sancho Manuel Akanji Football
Get the latest updates on IPL Auction 2023 and check out  IPL 2023 and Live Cricket Score. Like us on Facebook or follow us on Twitter for more sports updates. You can also download the NDTV Cricket app for Android or iOS.