Juventus revealed that Federico Chiesa had signed on an initial two-year loan deal worth 10 million euros, after which they would buy the now 22-year-old for 40 million euros. 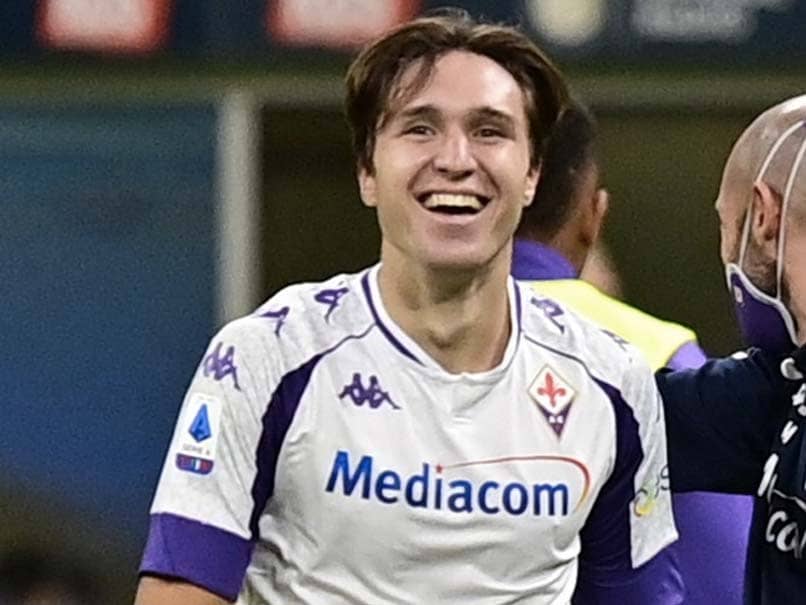 Juventus have signed Italy winger Federico Chiesa from Fiorentina in a deal worth up to 60 million euros.© AFP

Juventus have signed Italy winger Federico Chiesa from Fiorentina in a deal worth up to 60 million euros ($71 million), the Italian champions announced on Monday just hours before the close of the transfer window. Juve revealed that Chiesa had signed on an initial two-year loan deal worth 10 million euros, after which they would buy the now 22-year-old for 40 million euros "subject to the achievement of certain given sporting objectives by the end of the season 2021/2022". The Turin-based club added that the fee could rise by up to a further 10 million euros "upon achievement of further performance objectives over the duration of the employment contract with the player".

The transfer was revealed by Serie A on Monday, before either club had made an announcement, when it included the move among the list of completed deals on its website.

Chiesa has reportedly agreed a five million-euro annual salary with Juventus and had his medical in Florence on Monday before joining the Italy squad ahead of three matches facing Roberto Mancini's 'Azzurri' over the next 10 days.

He is considered one of Italy's hottest prospects and Juve's interest in the player has been no secret over the last couple of seasons.

The pacy winger scored 11 times and made seven assists in 37 appearances in all competitions for Fiorentina in the 2019/20 campaign.

He has played 19 times for his national team since making his international debut in 2018, scoring once.

His arrival at Juve follows the departures of defenders Daniele Rugani and Mattia De Sciglio to Ligue 1 teams Rennes and Lyon respectively, as well as Bayern Munich-bound Douglas Costa.

Fiorentina meanwhile announced that they had replaced Chiesa with Jose Callejon, who arrives as a free agent following his departure from Napoli in August.

Fiorentina Football
Get the latest updates on IPL 2020, check out the IPL Schedule for 2020 and Indian Premier League (IPL) Cricket live score . Like us on Facebook or follow us on Twitter for more sports updates. You can also download the NDTV Cricket app for Android or iOS.