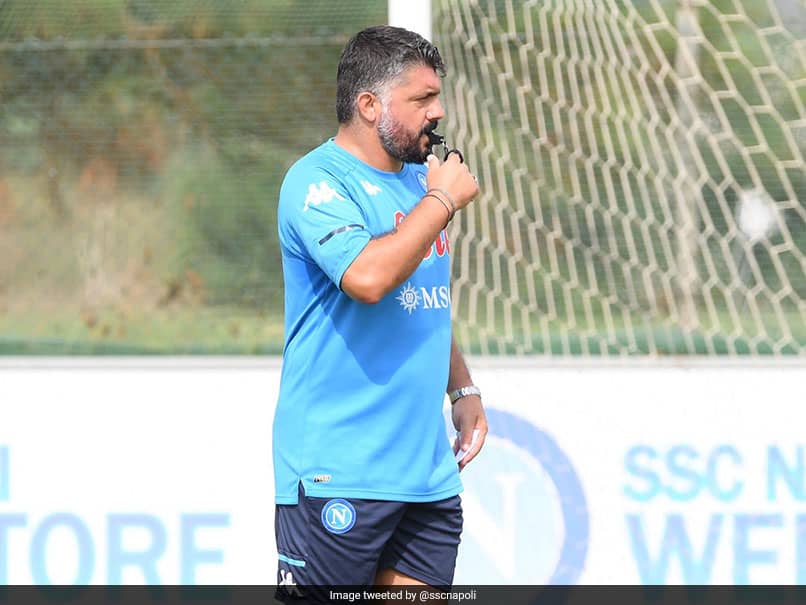 Gennaro Gattuso during a training session with Napoli© Twitter

The wave of Covid-19 cases in Serie A reached league leaders Napoli on Friday as the club said Poitr Zielinski had tested positive two days before their showdown with champions Juventus. The Poland midfielder was one of the scorers last Sunday as Napoli thrashed Genoa who the next day announced 14 positive cases. That total climbed to 19 on Friday including 10 who played against Napoli. "Piotr Zielinski and staff member Giandomenico Costi have tested positive for Covid-19 following Thursday's round of testing," they tweeted.

This is the first match of the season postponed in Italy because of the pandemic.