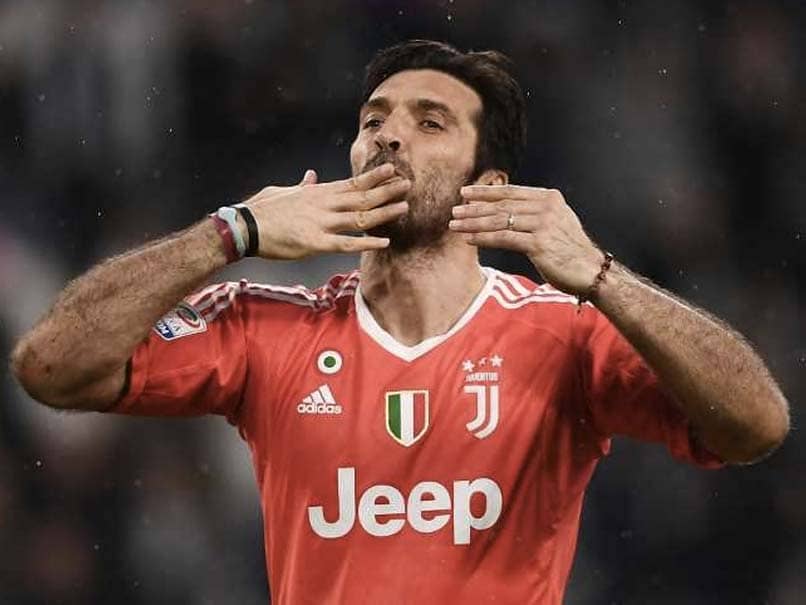 Juventus goalkeeper Gianluigi Buffon announced on Thursday that he will leave the Turin giants after 17 years but did not as expected declare the end of his playing career. Buffon, 40, captained Juventus to a seventh straight Serie A title and fourth consecutive Italian Cup triumph this season. "To end this adventure with two new victories was important," the Italian told a press conference at the Allianz Stadium. "Saturday will be my final match with Juventus." The former Parma goalkeeper will make his 640th Serie A appearance against Verona in Turin.

Buffon said he would like to take more time to reflect on his future which could be either on or off the pitch.

"What am I going to do? Saturday, I'm playing a match and it's the only thing that's certain," he continued.

"Until 15 days ago, I was sure to stop playing, but I received some exciting proposals, both on and off the pitch. Off the pitch the most interesting was made to me by (Juventus) president (Andrea) Agnelli."

"Next week, after a few days of calm reflection, I will make a definite and certain decision."

According to the Italian press Buffon has received offers from top European clubs including Liverpool, Real Madrid and Paris Saint Germain.

It was a rollercoaster season for Buffon with Italy failing to qualify for the World Cup finals for the first time in six decades.

His final Champions League game ended in another fiasco last month as he raged into the night at the referee after being sent off late in a semi-final defeat by Real Madrid.

He is facing a UEFA ban for his verbal abuse of English referee Michael Oliver who he said had "a rubbish bag for a heart" and should "sit in the stands with your wife, your kids, having your drink and eating your crisps".

Italy's most capped player with 176, Buffon could make his international farewell on June 4 in a friendly against the Netherlands.

Buffon holds the record for going 974 minutes in Serie A football without conceding a goal and has kept 300 clean sheets in 655 competitive club matches.

Comments
Topics mentioned in this article
Juventus Gianluigi Buffon Football
Get the latest updates on IPL 2021, IPL Points Table , IPL Schedule 2021 , live score . Like us on Facebook or follow us on Twitter for more sports updates. You can also download the NDTV Cricket app for Android or iOS.