Roy Krishna scored his third goal in as many games to help ATK Mohun Bagan secure a hard-fought victory against Odisha FC. 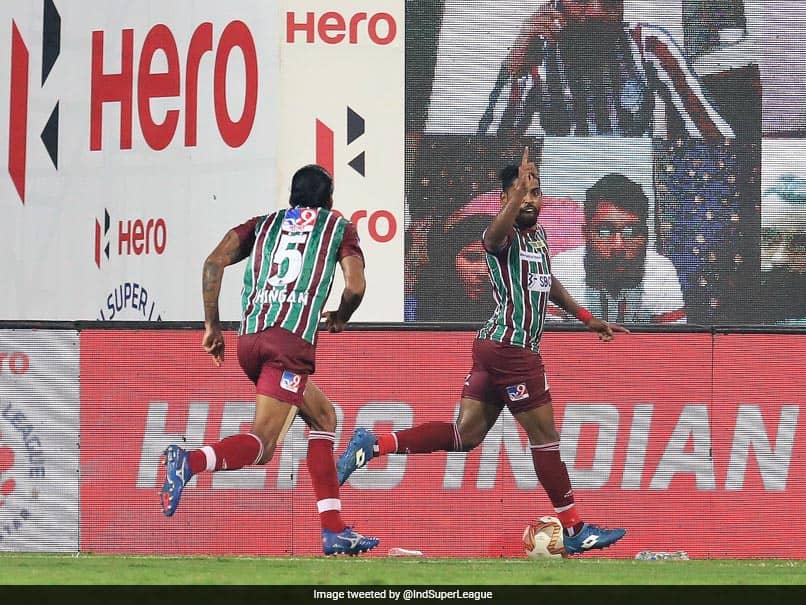 An injury-time winner from Roy Krishna helped ATK Mohun Bagan secure a hard-fought victory over Odisha FC, in the Indian Super League Season 7 at the Fatorda Stadium on Thursday. Krishna (90+5''), netted his third goal in as many games to ensure the Mariners climbed to the top of the ISL table. Both teams made one change to their line-ups. Manvir Singh, making his 50th appearance, was handed his first start for the Mariners while Diego Mauricio started upfront for Odisha FC. The first half proved to be a cagey affair but both sides failed to grab their chances and take the lead.

ATKMB dominated the early exchanges and constantly raided the opposition box. However, Odisha did well to close down the spaces and keep things tight at the back.

Despite the dominance displayed by Habas' side early on, it was Odisha who missed a great opportunity to go ahead after the break.

A well-worked set-piece routine during the 38th minute saw Cole Alexander whip in a dangerous cross into the box. Jacob Tratt, unmarked, got to the end of it but failed to get his header on target.

Despite the miss, Odisha FC kept knocking on the door only for ATKMB's defense to thwart the danger.

Habas' side also had a big opportunity to break the deadlock just before the break. Subhashish Bose whipped in a teasing cross in the box for Krishna. The striker got in between two defenders but his header went over the bar.

The second half was entertaining with both sides threatening one another.

It was Stuart Baxter's side that started strong after the break but were once again, unable to penetrate the ATKMB defense. The Mariners also had their chances but were not clinical in front of goal.

But just when it seemed like the game would be heading for a draw, a perfectly executed set-piece during injury time helped Habas' men secure the three points.

Tiri sent the ball into the box and Sandesh Jhingan flicked the ball towards goal, which was headed in by Krishna. The result ensured Odisha FC's winless run continued.

Odisha FC Football
Get the latest updates on India vs Australia Series, check out the India vs Australia Schedule for 2020-21 and Ind vs Aus live score . Like us on Facebook or follow us on Twitter for more sports updates. You can also download the NDTV Cricket app for Android or iOS.