Intercontinental Cup: India fought back valiantly in the second half but it wasn't enough as North Korea ran out 5-2 winners. 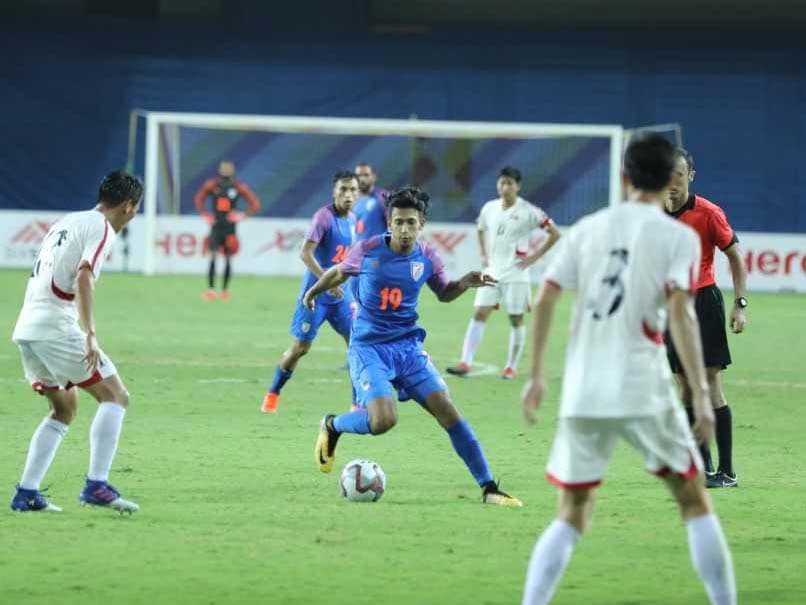 India's desperate attempt in the second half was not enough as they went down 2-5 to North Korea in their second match of the Intercontinental Cup at the EKA Arena in Ahmedabad on Saturday. Despite two losses in as many games, India still have a chance of making it to the final, provided they beat Syria by a huge margin in their next match, and hope Tajikistan beat North Korea in the other. While Lallianzuala Chhangte and Sunil Chhetri scored one goal each to reduce the margin for India, North Korea captain Jong Il Gwan was the star of the show, scoring two goals and providing an assist. Sim Hyon Jin, Ri Un Chol and Ri Hyon Kin scored a goal each for the winners.

India's head coach Igor Stimac said that there was "courage and confidence on display in the second half".

"In the second half, we came out with out with heads up. We had the courage and confidence when we decided to play football. In the first half, we played without courage and self-confidence," he said in the post-match press conference.

"I gave the players the chance to play for India and asked them to enjoy their football. But if you do not show courage and fight, you cannot win," he added.

"In the second half, we started taking responsibility and created chances. We were dangerous in front of their goal. But it was difficult to keep shape and go up and down continuously. But I'm proud of the way they played," the coach explained.

Down 0-3 in the first half, a couple of changes by Stimac at half-time brought back the thrust for India. The introduction of Lallianzuala Chhangte and Udanta Singh in place of Manvir Singh and Brandon Fernandes provided India the much-needed impetus.

India pulled a goal back soon when Chhetri latched on to a stray ball and played Chhangte through the channel. The latter took control and smashed it into the bottom corner. However, Ri Chol soon added a fourth for North Korea after being played through by captain Gwon.

In the 71st minute, Chhetri scored his 71st international goal for India off a cross from Udanta.

India next play Syria in their last group league match on July 16.

North Korea Sunil Chhetri Football
Get the latest updates on SA vs IND 2021-22, check out the Schedule and Live Score . Like us on Facebook or follow us on Twitter for more sports updates. You can also download the NDTV Cricket app for Android or iOS.