Some 335 seats were damaged, about half of which will have to be replaced with seats ordered from outside Indonesia. 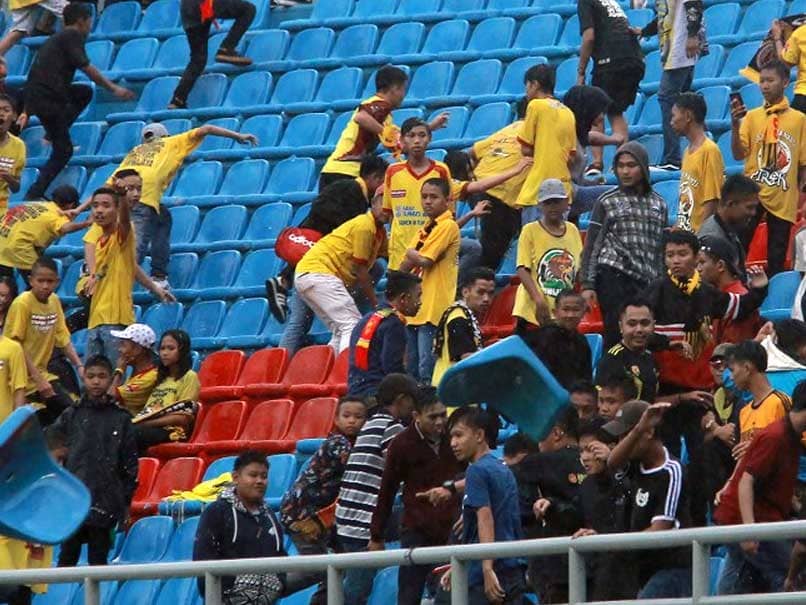 Indonesian football fans ripped plastic seats from the stands and hurled them onto the pitch.© AFP

Irate Indonesian football fans ripped plastic seats from the stands and hurled them onto the pitch at a stadium scheduled to host the Asian Games next month, an official said on Sunday. A league match between Sriwijaya FC and Arema FC ended in chaos Saturday afternoon when the fans tore up seats at the Gelora Sriwijaya Stadium in Palembang on the island of Sumatra. Pictures showed multi-coloured chairs strewn across the outer edges of the ground, which is bordered by an athletics track.

"We are very upset with the supporters who ruined the seats in Gelora Sriwijaya during the game," Rusli Nawi, the stadium's security supervisor, told AFP.

"I've been here for nearly 10 years... there has never been damage to the seats like yesterday."

The stadium had been renovated for the Games, which are being held in Palembang and the capital Jakarta from August 18-September 2.

Some 335 seats were damaged, about half of which will have to be replaced with seats ordered from outside Indonesia, Nawi said.

Police have arrested four people over the rampage, which was started by Sriwijaya fans upset at their team's 3-0 home loss, Nawi said.

No one was injured.

About 11,000 athletes and 5,000 officials from 45 Asian countries will compete in the Games, the world's biggest multi-sports event after the Olympics.