Gurpreet Singh Sandhu, India's Football team goalkeeper, was all praise for Sunil Chhetri after the skipper scored two goals against Bangladesh to lead his side to victory. 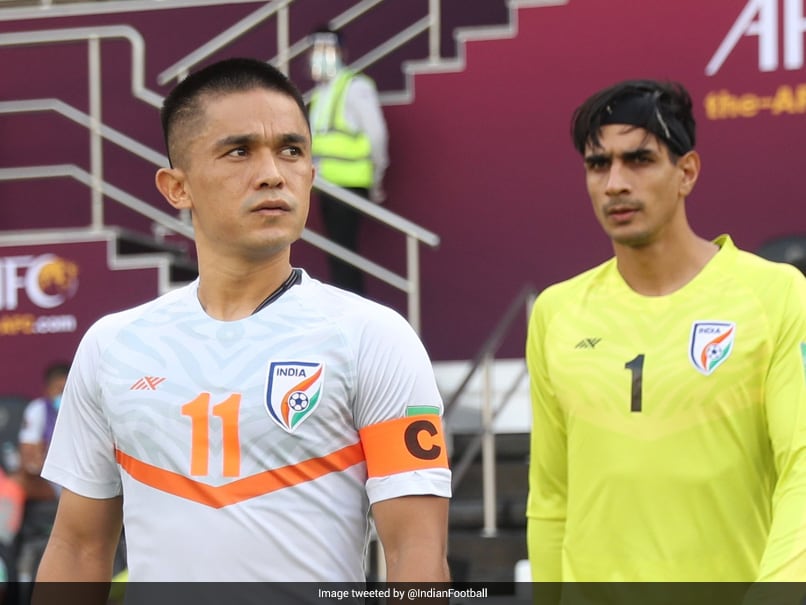 Indian football team goalkeeper Gurpreet Singh Sandhu has praised skipper Sunil Chhetri after his yet another memorable performance against Bangladesh in the ongoing FIFA World Cup Qatar 2022 and AFC Asian Cup China Qualifiers on Monday. Skipper Chhetri rose to the challenge and struck a brilliant brace scoring two goals, which helped the Blue Tigers in defeating Bangladesh 2-0 at the Jassim Bin Hamad Stadium at Al Sadd Club in Doha. "I've lost count of the number of times I've walked out of the tunnel with this man in front of me, for both, country and club, filled with an unreal sense of security that he will deliver when we need it the most. He just keeps turning up over and over again #BANIND," tweeted Gurpreet Singh Sandhu who successfully halted Bangladesh strikers during the match.

"He's always talking to the boys in the attack about the passing of a mantle, and then goes and does things himself. Important win and fantastic feeling. So many good performances. Need one more night like this #BANIND," Sandhu added.

Chhetri with that double against Bangladesh added another feather to his illustrious cap, as he surpassed Argentina's star Lionel Messi to become the second-highest active international goalscorer in football.

Sunil has now scored 74 goals, two more than Messi, and is only behind Portugal star Cristiano Ronaldo (103) in the list of active footballers with the most international goals, while UAE'S Ali Mabkhout is third on the list with his 73 goals.

India now, has six points in seven matches, while Bangladesh has just two points in the seven games. The men in blue will next play Afghanistan in their last group league match on June 15.