The Indian women's football team currently ranked 55 out of 159 countries. Meanwhile, the men's team is 104 out of 210 countries. 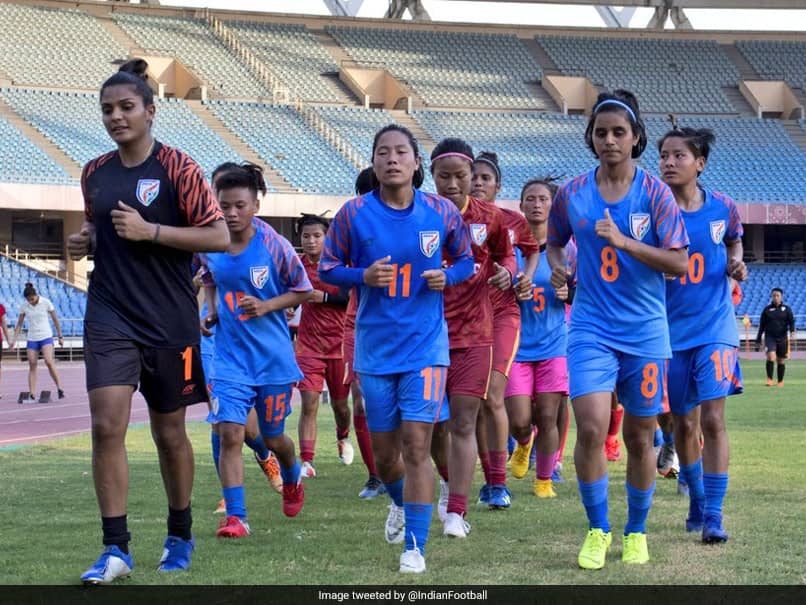 All India Football Federation (AIFF) President Praful Patel on Tuesday said that the national women's side can qualify for the FIFA World Cup before the men's team does, despite the less attention given to them. Patel said the AIFF is hoping for the women's team to qualify for the 2027 FIFA World Cup. Supporting Patel's view, the sports ministry asked the AIFF to prepare a "concrete and actionable" roadmap to work towards the women team's qualification in the 2027 World Cup.

"Women team's FIFA ranking is better than the men's team, which is very good, when we had less attention to women's football compared to men's," Patel said in a virtual interaction with the members of the U-17 Women's World Cup team with Sports Minister Kiren Rijiju in attendance.

"When these kids grow, I feel the women's team will be participating in the World Cup much before the men ... and I'm very hopeful about 2027 edition (of FIFA World Cup). We will continue to give all the support and I am sure these players will very well represent India in future," said Patel.

The women's team is currently ranked 55 out of 159 nations while the men's team is 104 out of 210 countries. Rijiju also expressed similar optimism, saying that in the near future, India will qualify for the FIFA Women's World Cup.

"Be it senior or junior, ranking of women's team is higher than men's. We have ability to qualify, even if we are not the host nation. I believe India will soon qualify in the FIFA Women's World Cup. We feel that the men should also qualify," he said.

While summing up the main points coming out of the interaction, Sports Authority of India Director General Sandeep Pradhan asked the AIFF to prepare a road map with a "vision" of the women's team qualifying for 027 World Cup.

"We request the AIFF to bring all the stake-holders together and come up with a concrete and actionable road-map for participation in the 2027 FIFA Women's World Cup. That is the vision. That will make India a power-house in women's football in 2027," Pradhan said.

India was to host the FIFA U-17 Women's World Cup this year but after a postponement due to the COVID-19 pandemic, the age group showpiece was cancelled. The country was, however, given the hosting right for the 2022 edition.

Patel informed that eight members of the current U-17 team are eligible to play in the 2022 FIFA U-17 Women's World Cup as they are 2005-born while the remaining will be age-barred. He urged the players, who will miss the 2022 U-17 World Cup, not to get disappointed, saying there are several other opportunities for them.

"Our young girls should not lose hope, because you will get many opportunities to play for the country. There is qualification round one in March (next year) for FIFA U-20 Women's World Cup 2022 and round 2 in August, you will get a chance for that and we are starting the camp in January," informed Patel.

"India is also hosting Women's Asian Cup in 2022 and by then some of you will be 18-19 years old and you can get a chance to play in the senior national team."

He also said that the AIFF is creating a developmental team for these women players on the lines of men's Indian Arrows -- which play in the I-League -- to take part in the Indian Women's League. Rijiju said the government would continue to provide assistance to the AIFF in hosting the 2022 edition of the FIFA U-17 World Cup.

"We will continue the same preparations for 2022 as we did for 2020 and give financial and manpower support from the government side," he said.