This is the first time Tottenham Hotspur are in the last eight of the Champions League since 2010/11. 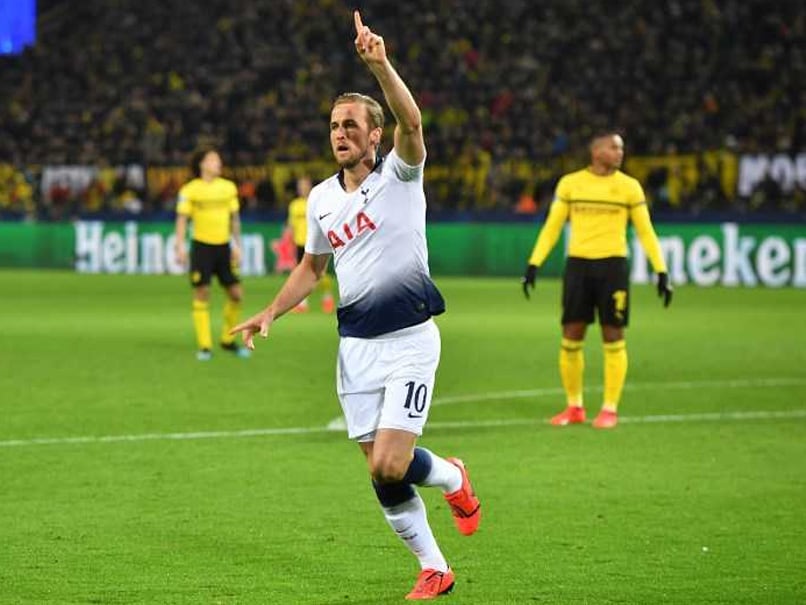 Harry Kane fired Tottenham Hotspur into the Champions League quarter-finals as his winning goal at Borussia Dortmund in Tuesday's return leg sealed a 1-0 victory to wrap up a 4-0 aggregate success. On Monday, Spurs coach Mauricio Pochettino had demanded they "finish the job" after beating the Bundesliga leaders 3-0 in the first leg at Wembley. His Spurs side delivered, soaking up everything Dortmund threw at them in a one-sided first half before Kane's goal just after the break killed off the hosts' spirited challenge.

"It's always difficult in these type of games, you don't know whether to defend or attack," said Kane, who singled out Spurs goalkeeper Hugo Lloris for praise after a string of key saves.

"They had a few moments. In that first half we needed everyone, defenders blocking it, Hugo saving it, that's what Champions League is about - you need everybody."

This is the first time Tottenham are in the last eight of the Champions League since 2010/11 when they bowed out 5-0 on aggregate to Real Madrid.

Needing to score at least three goals, Dortmund packed their line-up with forwards as Mario Goetze, Marco Reus and Paco Alcacer - who have scored 30 goals between them - all started together for the first time this season.

Dortmund flew out of the traps, pounding the Spurs defence with 10 attempts in the first half alone, restricting the Londoners to a single Son Heung-min effort, and enjoying 70 percent possession.

"We have showed that we have the quality, we can build on the first-half performance, but we need to score goals," said Dortmund captain Reus.

The Germans harassed Spurs at every opportunity and had two clear chances in the opening 25 minutes as Alcacer fired just over, while Lloris snaffled a stinging Reus shot at the second attempt.

Tottenham's first real chance came with half an hour gone when Son got in behind his marker Marius Wolf and fired wide with the goal at his mercy.

Lloris then pulled off two saves at point-blank range before palming Goetze's shot over the bar shortly before the break.

Having defended doggedly, Spurs took the lead when Kane scored with his first chance and only his team's second of the game.

His run split the hosts' centre-backs, as he latched onto Moussa Sissoko's pass and curled his shot past Dortmund goalkeeper Roman Burki.

The video assistant referee confirmed Kane was on-side and his goal on 49 minutes subdued the crowd at Signal Iduna Park who had hoped for a miracle.

With the tempo having dropped, Spurs' Pochettino brought on Eric Dier, back from injury, to beef up the midfield in place of Harry Winks for the final 35 minutes.

Spurs seemed content to absorb Dortmund's attacks while countering on the few opportunities they had.

In a bid to boost flagging confidence, Dortmund head coach Lucien Favre brought on Chelsea-bound Christian Pulisic and Danish forward Jacob Bruun Larsen for the final half an hour.

With Reus tiring, unsurprisingly after four weeks out with a thigh injury, Thomas Delaney came on for the Dortmund skipper with 17 minutes left.

Sissoko attempted to win a late penalty and Kane put the ball into Dortmund's net but was flagged for offside as the game petered out and home fans started slipping away.

Borussia Dortmund Football
Get the latest updates on SA vs IND 2021-22, check out the Schedule and Live Score . Like us on Facebook or follow us on Twitter for more sports updates. You can also download the NDTV Cricket app for Android or iOS.