Cristiano Ronaldo hasn't played for the runaway Serie A leaders since scoring the sensational hat-trick that saw Juventus come back from a 2-0 first-leg deficit to knock out Atletico Madrid. 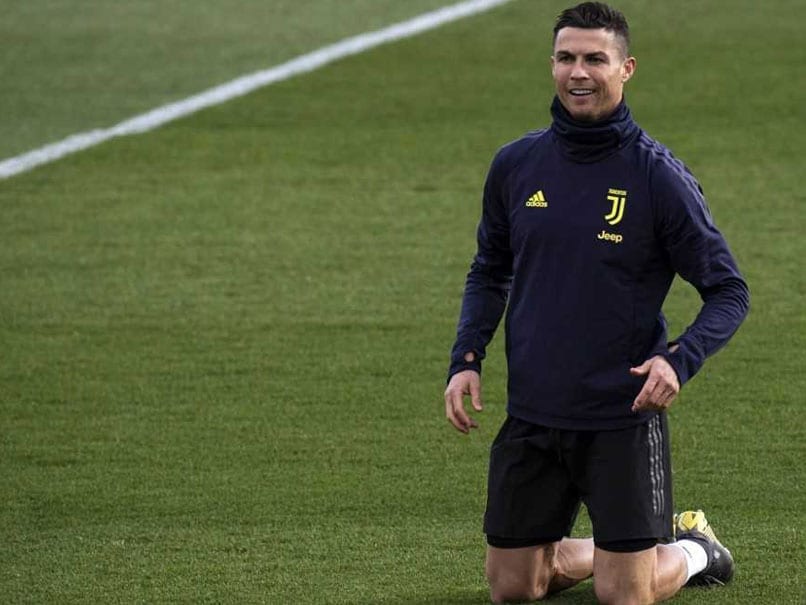 Massimiliano Allegri is confident Cristiano Ronaldo will be ready for Wednesday's first leg in Amsterdam.© AFP

Cristiano Ronaldo could be back in the Juventus line-up in time for their Champions League quarter-final with Ajax, coach Massimiliano Allegri revealed on Friday. Ronaldo hasn't played for the runaway Serie A leaders since scoring the sensational hat-trick that saw Juve come back from a 2-0 first-leg deficit to knock out Atletico Madrid last month. He was rested in the subsequent 2-0 league defeat at Genoa and then picked up a thigh injury on international duty with Portugal last week, but Allegri is confident the 34-year-old will be ready for Wednesday's first leg in Amsterdam.

"There are good signals from Cristiano Ronaldo ahead of the match with Ajax," he said to reporters ahead of Saturday's visit of fourth-placed AC Milan.

Ronaldo will however not be ready for Milan, who are battling to qualify for next season's Champions League, after missing recent wins over Empoli and Cagliari, the latter of which was overshadowed by racist abuse directed at young Italy striker Moise Kean.

Kean's Juve and Italy teammate Leonardo Bonucci was heavily criticised in the aftermath of that match for saying that Kean was as to blame for the monkey chants to which he was subjected as the Cagliari supporters, comments for which he apologised on Thursday.

"Racism must always be fought against. It can never be justified," said Allegri.

"Bonucci, with his mind still on the game, expressed himself badly but immediately apologised and explained what he meant."

Juve are 18 points clear of nearest challengers Napoli having lost just once this season and will win their eighth title in a row with seven matches to spare at the weekend if they beat Milan and Napoli lose to Genoa.

Should they win it either this weekend or next it would be the earliest any team has ever won Serie A, and would allow them to focus even more on winning their first Champions League since 1996.

"We'll only celebrate when we win the title. Winning eight in a row is never easy, in particular with these numbers," said Allegri, who has won four straight league and cup doubles with Juve and taken them to two Champions League finals.

"Napoli are having a season with what would often be title-winning form, but we're doing something extraordinary."