Manuel Neuer was filmed singing a Croatian song that has right-wing nationalist links while on holiday. 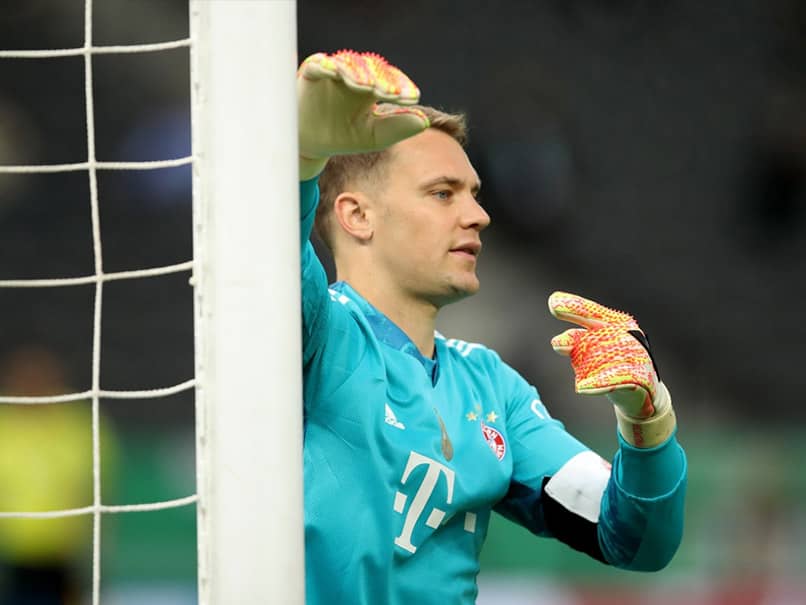 A video has emerged of Germany and Bayern Munich captain Manuel Neuer singing a Croatian song which has right-wing nationalist links while on holiday. In the filming, Neuer, 34, can be seen in a group at a beachside bar singing "Lijepa li si" (You are beautiful) by controversial Croatian singer Marko Perkovic, known as 'Thompson'. Perkovic, who is known for his sympathies for Croatia's World War II pro-Nazi regime, earned the nickname 'Thompson' after the brand of weapon he carried during the Croatian war of independence in the early 1990s. The song in question is a patriotic number that cites Herceg-Bosnia -- which Zagreb-backed Bosnian Croats self-proclaimed as a statelet during Bosnia's 1990s war and which they had hoped would eventually merge with Croatia.

Neuer, who has led Germany since 2016, is holidaying with his friend and Bayern Munich goalkeeping coach Toni Tapalovic, 39, on the Dalmatian coast on the Adriatic Sea.

Neuer has not yet commented on the video, but his personal manager told German daily Bild the player does not speak Croatian.

A press officer from Bayern Munich declined to comment when contacted by AFP. Neuer's managers were not immediately available for comment.

Magazine Focus noted Neuer was "naive to think" the clip would not emerge in the media.

At the same time, "assuming that with this song Neuer supports Croatian nationalist ideas would be a little too far-reaching", it said.

Having skippered Bayern to an eighth straight Bundesliga title before they also won the German Cup to complete the double, Neuer and his team-mate are currently on a two-week holiday.

Bayern could finish this season with a treble of silverware as they are among the favourites for the Champions League finals in Lisbon next month.

Bayern host Chelsea on August 8 in the last 16, second leg, having won the first leg 3-0 in London in February.

Comments
Topics mentioned in this article
Manuel Neuer Football
Get the latest updates on India vs Australia Series, check out the India vs Australia Schedule for 2020-21 and Ind vs Aus live score . Like us on Facebook or follow us on Twitter for more sports updates. You can also download the NDTV Cricket app for Android or iOS.