Gareth Bale's move back to Tottenham Hotspur from Real Madrid will be completed this week, the player's agent Jonathan Barnett said on Thursday. 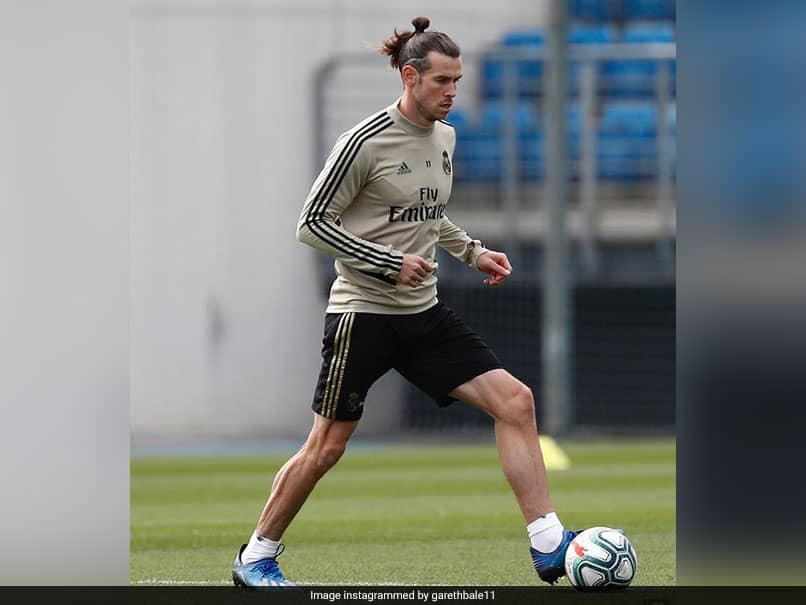 Gareth Bale has scored 105 goals and made 68 assists in 251 games for Real Madrid.© Instagram

Gareth Bale's move back to Tottenham Hotspur from Real Madrid will be completed this week, the player's agent Jonathan Barnett told AFP on Thursday. The final details of a complicated deal are now being finalised by Madrid and Spurs, with Bale expected to seal a return to the club he left for a world-record 100 million euros (today USD 118 million) in 2013. "We're getting there," Barnett told AFP. "I think it will be completed this week." Madrid have been pushing for a permanent transfer for Bale in the hope of being rid of his salary, worth around 30 million euros.

But Tottenham are expected initially to take Bale on loan as part of a package that includes them paying around half of his wages, as well as some added fees depending on the Welshman's performances.

That would mean the total deal could cost Spurs around 20 million euros for the season.

Bale has scored 105 goals and made 68 assists in 251 games for Real Madrid while winning four Champions League titles and two in La Liga.

But despite some dazzling moments, Bale's early years in Spain were disrupted by injuries while his role has been significantly reduced in recent seasons under Zinedine Zidane.

The 31-year-old will join Jose Mourinho at Spurs, who reiterated on Wednesday that he tried to sign the forward while he was in charge of Real Madrid.

"I tried to sign him during my time at Real Madrid and the president followed my instinct and knowledge and the season I left, he brought Gareth to the club," Mourinho said. "That's no secret and Gareth knows that."

Tottenham are also close to completing the signing of Real Madrid left-back Sergio Reguilon for around 30 million euros.

Reguilon enjoyed an excellent 2018/19 season for Madrid but Zidane sent the 23-year-old on loan last year to Sevilla, where he helped them finish fourth in La Liga and win the Europa League.

Tottenham Hotspur Gareth Bale Football
Get the latest updates on IPL 2021, IPL Points Table , IPL Schedule 2021 , live score . Like us on Facebook or follow us on Twitter for more sports updates. You can also download the NDTV Cricket app for Android or iOS.