Former India mid-fielder Renedy Singh is working relentlessly to arrange oxygen cylinders and help his home state of Manipur win the battle against the COVID-19 pandemic. 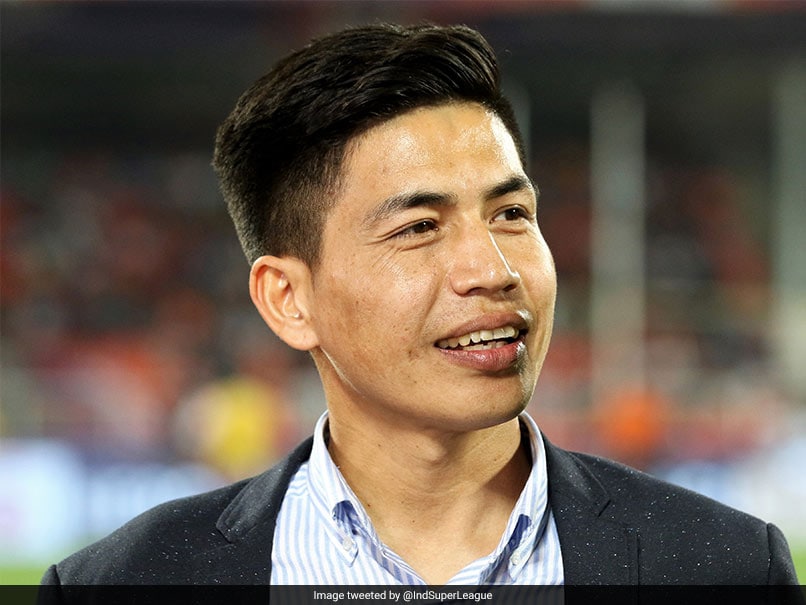 Renedy Singh has launched a campaign to arrange oxygen cylinders in his home state Manipur.© Twitter

Former India mid-field maestro Renedy Singhis working relentlessly to arrange oxygen cylindersand help his home state of Manipur win the battle against the COVID-19 pandemic. In his prime Renedy was known for his ability to put in inch-perfect balls for the strikers inside the box. His penchant for "assisting" when the chips are down has not changed even after a decade of having last played for the Blue Tigers.

"It is a difficult time for everyone. Our frontline workers have been working tirelessly. It was high time we stepped in to try and assist in any way possible," Renedy was quoted as saying by All India Football Federation.

"We have friends from different fields like doctors, police officers, IAS officers, businessmen -- all of whom have joined the campaign to try and help," the former national team captain added.

"Manipuri people, who are currently overseas, as well as people from Manipur and all over the country all have come forward and are contributing in whatever way they can. We are trying to buy oxygen cylinders and hand them over to those who are in need and especially frontline workers."

The ground reality at the moment in the northeastern state makes for grim reading with the fatality rate on the rise. And the state's location is also not helping matters.

"Manipur is a little cut off from other places because of the pandemic. Our government is trying its level best but everything takes time. We have 3 oxygen plants in the state but the capacity is not much. Hospitals have been unable to increase oxygen beds as well."

"Our first aim is gathering empty, as well as full oxygen cylinders and supplying those to hospitals. Acquiring oxygen concentratorsis also being planned."

The need for oxygen cylinders is going up by the day, and ensuring a smooth flow is the primary aim, which means stockpiling more cylinders for the future.

"The requirement of cylinders is approximately around 1000-1500 per day. The government of Manipur has centralized all donations through a common channel, the Chief Minister's COVID-19 Relief Fund. We're also contributing to the same."

An emotional Renedy appealed to everyone to come forward and ensure that the northeastern state does not face the same trouble as the country's metro cities witnessed.

"We started this campaign three days ago and the response has been remarkable. It is difficult to donate during this tough time but if someone is in a better state, I would request him/her to help," he stated.

Comments
Topics mentioned in this article
Renedy Singh Football
Get the latest updates on IPL Auction 2023 and check out  IPL 2023 and Live Cricket Score. Like us on Facebook or follow us on Twitter for more sports updates. You can also download the NDTV Cricket app for Android or iOS.