German Hans-Wilhelm Mueller-Wohlfahrt has said he quit as Bayern Munich team doctor in 2015 amid a spat with Pep Guardiola because the Spaniard "knew better". 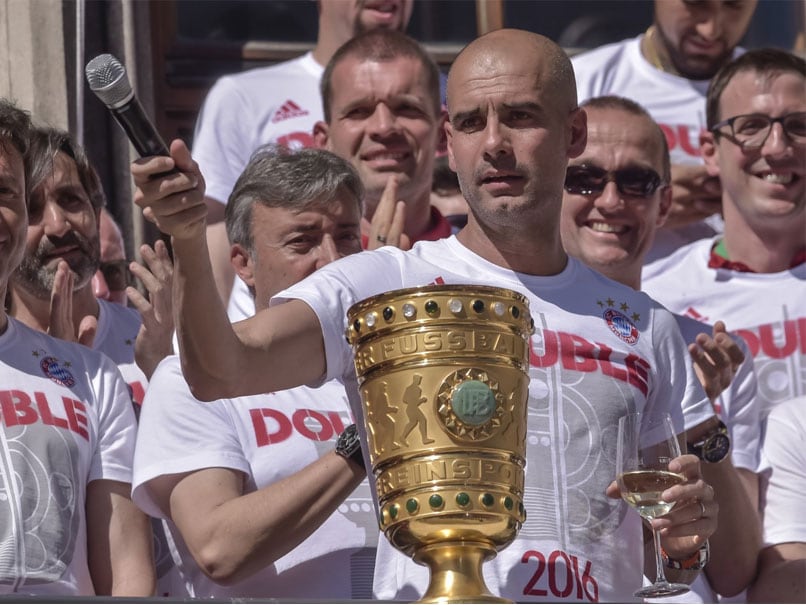 Pep Guardiola won the Bundesliga title in each of his three seasons at Bayern from 2013-16.© AFP

German Hans-Wilhelm Mueller-Wohlfahrt has said he quit as Bayern Munichteam doctor in 2015 amid a spat with Pep Guardiola because the Spaniard "knew better". "I couldn't put up with the fact that a young coach (Guardiola) -- who was very successful and who is probably one of the very, very big names -- interfered in medical matters and knew everything better than I did," Mueller-Wohlfahrt told broadcaster BR24.

The 77-year-old German has a reputation as one of the world's top sports doctors, whose list of superstar clients included retired sprinter Usain Bolt.

Bolt dedicated his 2016 Olympic gold medal after the men's 100m final to him for helping him overcome a calf injury.

Mueller-Wohlfahrt started working with Bayern in 1977, but resigned abruptly five years ago.

At the time, he said it was because then-Bayern coach Guardiola blamed the club's medical department for a Champions League defeat at Porto.

Mueller-Wohlfahrt only returned to Bayern in 2017, after Guardiola had left to join present side Manchester City, and stepped down again as club doctor last month.

However, he refers to his time at Bayern under Guardiola as a "black spot".

Mueller-Wohlfahrt says the pair have since buried the hatchet.

"We have met since and talked things over. It's over now," he added.

Guardiola won the Bundesligatitle in each of his three seasons at Bayern from 2013-16 and has since lifted the Premier League trophy twice with Man City.

As well as Bayern, Mueller-Wohlfahrt also worked with the Germany national team from 1995 until after the 2018 World Cup in Russia.

Bayern München Pep Guardiola Football
Get the latest updates on Fifa Worldcup 2022 and check out  Fifa World Cup Schedule, Stats and Live Cricket Score. Like us on Facebook or follow us on Twitter for more sports updates. You can also download the NDTV Cricket app for Android or iOS.