Real Kashmir have emerged as serious title contenders in their debut I-League season. 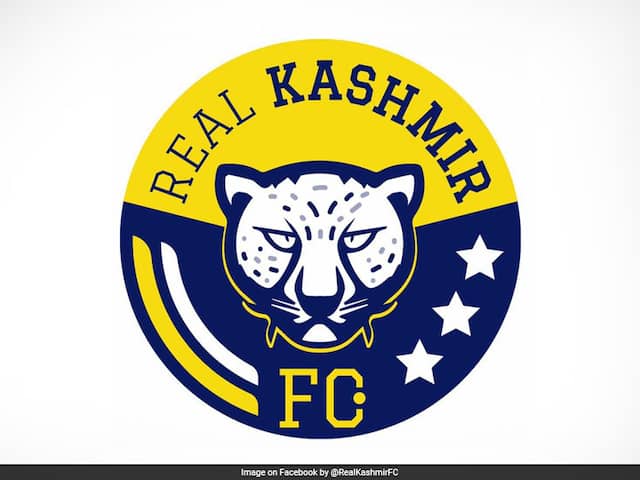 Real Kashmir are currently No. 2 on the I-League points table© AFP

With the help of Scottish coach David Robertson, the Snow Leopards have emerged as serious title contenders in their debut I-League season and on Wednesday beat Gokulam Kerala 1-0 to go top of the table. Farooq has defied stone-pelting protesters and pellets shot by security forces to make it to training. "I have struggled a lot. But whatever the situation, I try not to miss practice," said Farooq, whose father was also a professional footballer, playing for Mohammedan Sporting, one of India's oldest clubs.

"Playing in the I-League is a dream come true and I am living that dream every day."

Other players are also wary of the security situation and would rather join clubs outside of Indian-administered Kashmir, which is also claimed by neighbouring Pakistan and where tens of thousands have died in conflict since the 1990s. There are some 500,000 Indian soldiers and police in the region to combat rebels battling for independence or a merger with Pakistan.

The insurgency has soured relations between the two countries for decades, while elsewhere in India Kashmiris are viewed with suspicion. "If you are a Kashmiri, even if you are a sportsperson, you are labelled a terrorist," said midfielder Khalid Qayoom.

"We want to change that perception. Kashmiris are not terrorists, it is just a label thrust on us."

But there were stark reminders of the troubles outside the stadium -- which is covered with snow for much of the football season -- after his team's 1-0 home win over Chennai City last week.

"We just threw out the idea and went step-by-step. I had no idea how far it would go," he said.

The pair brought on as coach Scotland's David Robertson, a former Aberdeen and Rangers defender, while Adidas agreed to a kit sponsorship -- the only Indian team to get the sportswear giant's money.

"We found our calling when we got to know... how the team has set on a mission to bring a positive change in the valley," said Adidas marketing chief Sharad Singla.

Robertson declined coaching offers from clubs in China and Uganda to take charge at the Snow Leopards but had never visited India before and considered abandoning the club after just two days in Kashmir, after a power and internet outage cut him off from family back home.

"I was ready to go. But then the club owner persuaded me to stay, and now I am so glad that he did that," he said.

"Overall for me the pleasing thing is that the success of the team has put Kashmir on the football map."

Robertson even convinced his son Mason to quit a full-time contract with Scottish side Peterhead to join the team as a midfielder.

Local under-15 coach Owais Farooq said Real Kashmir's sudden triumphs had brought about a surge of interest in the sport among Kashmir's youngsters.

"I receive so many calls every day from parents who want to enrol their children in training programmes but we don't have enough grounds to train," he said.

Football is an afterthought in cricket-mad India, and the country's 103rd-ranked international side is a notorious underachiever which has never participated in a World Cup.

The sport was popular in Kashmir before an armed rebellion against Indian rule erupted in the 1990s, after which no tournament was held for almost two decades.

But Real Kashmir have given locals a fresh taste for football success.

"You can see the love that the people have given us," said club co-owner Meraj. "That's the biggest takeaway for us."

Thirty-five-year-old hotel worker Parvaiz Ahmad Reshi said he only started watching football on TV because of the club.

"I have been hooked on it ever since," he said. "When I watch the game I forget my troubles. It's so good to have something apart from violence and killings to talk about."