Argentina endured a torrid qualifying campaign in South America's CONMEBOL group, only securing a World Cup place in the last match against Ecuador in October 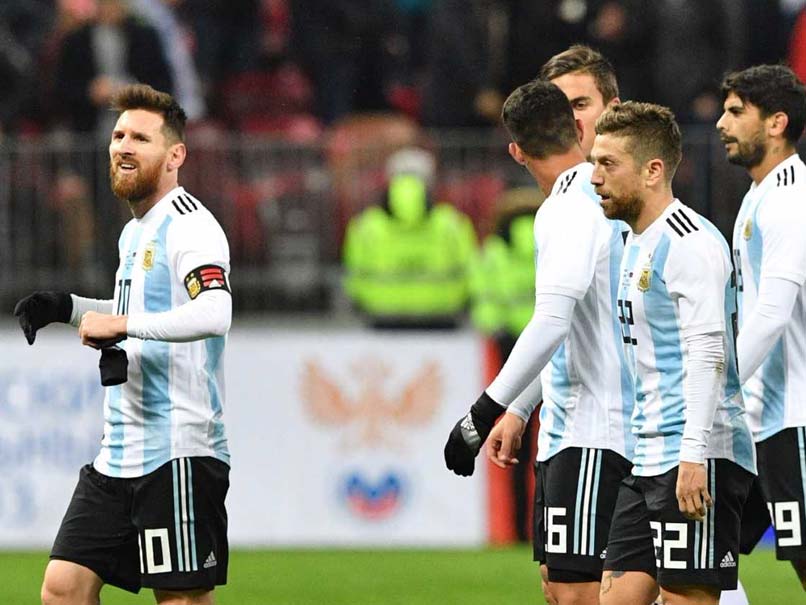 Lionel Messi and teammates walk at the end of an international friendly football match.© AFP

Football star Lionel Messi has admitted that next year's World Cup in Russia is likely to be his last chance to win a major international tournament for Argentina. The 30-year-old Barcelona forward is still seeking his first senior trophy with the Albiceleste, having come painfully close in the past three and a half years as a losing finalist in the 2014 World Cup, 2015 Copa America and 2016 Copa America. "People are waiting for this group to leave because it has not won for a long time and those who criticize get tired of always seeing the same faces," Messi said.

"I think it's the last opportunity for this group. There is a lot of excitement. If we do badly, the entire national team will have to disappear. It's going to be very difficult for anyone to continue because we have already been here for a number of years."

Argentina endured a torrid qualifying campaign in South America's CONMEBOL group, only securing a World Cup place in the last match against Ecuador in October with a Messi-inspired 3-1 victory in Quito.

The Albiceleste have been drawn in one of the toughest World Cup groups alongside Iceland, Nigeria and Croatia.

Argentina, who play Nigeria in their last match after Group C has finished, might have the luxury of choosing whether they prefer the first or second-place team from France's quartet.

Lionel Messi's quest to deliver World Cup glory for Argentina could pit the two-time champions against a handful of familiar faces in a potential quarter-final showdown with Spain.

Comments
Topics mentioned in this article
Argentina Spain Lionel Messi Football
Get the latest updates on Fifa Worldcup 2022 and check out  Fifa World Cup Schedule, Stats and Live Cricket Score. Like us on Facebook or follow us on Twitter for more sports updates. You can also download the NDTV Cricket app for Android or iOS.