Barcelona superstar Lionel Messi says the worst possible draw for his Argentina side at next year's World Cup would be Spain in the first round. 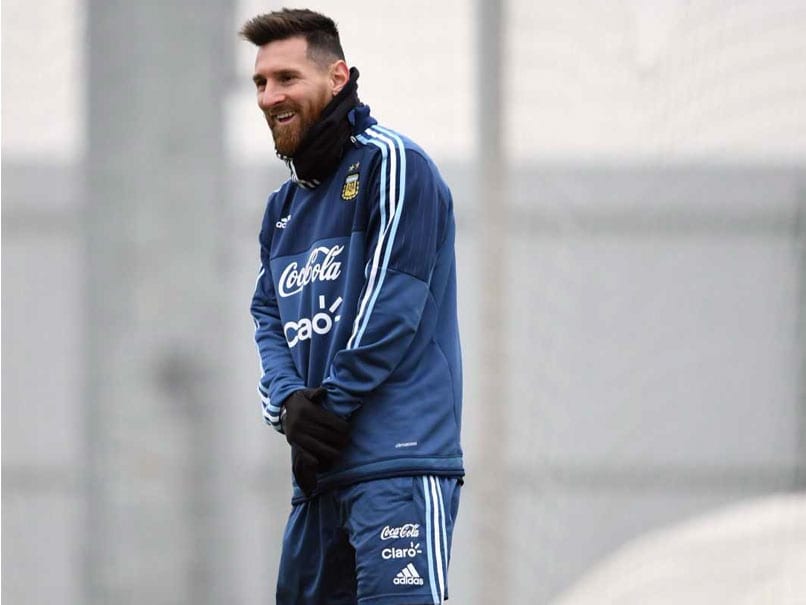 Messi says the worst possible draw for his Argentina side at next year's World Cup would be Spain.© AFP

Barcelona superstarLionel Messisays the worst possible draw for his Argentina side at next year's World Cup would be Spain in the first round. "The worst that could happen to us would be to draw Spain at the group stages," Messi told TyC Sports Wednesday from Moscow where Argentina play Russia in a friendly on Saturday. "I would prefer to avoid them, they'd be tough opponents." In the interview with the Argentinian television station, Messi named Brazil, Germany and France alongside Spain as favourites to take the World Cup crown in Russia.

"I think that at the moment, they're the strongest teams who give the best impressions, those who are playing best, with the best individuals."

Messi also broached Argentina's last-gasp qualification for the World Cup finals, which the Barcelona star sealed with a hat-trick in a rare 3-1 away victory over Ecuador.

"I always believed we'd get there, but I thought we would have tied up qualification before the Ecuador game," said Messi, reiterating that he would like to end his career in his Argentinian birthplace of Rosario.

"I would love to play for Newell's Old Boys, in the stadium where I've seen so many matches," he said.

"I don't know what's going to happen in the coming years, how I'm going to feel. I live from day to day, I'm not focused on the future."

Comments
Topics mentioned in this article
Argentina Lionel Messi Football
Get the latest updates on ICC T20 Worldcup 2022, check out the Schedule and Live Score. Like us on Facebook or follow us on Twitter for more sports updates. You can also download the NDTV Cricket app for Android or iOS.