The FIFA U-17 Women's World Cup was scheduled to be held at five venues in the country -- Kolkata, Guwahati, Bhubaneswar, Ahmedabad and Navi Mumbai -- from November 2-21. 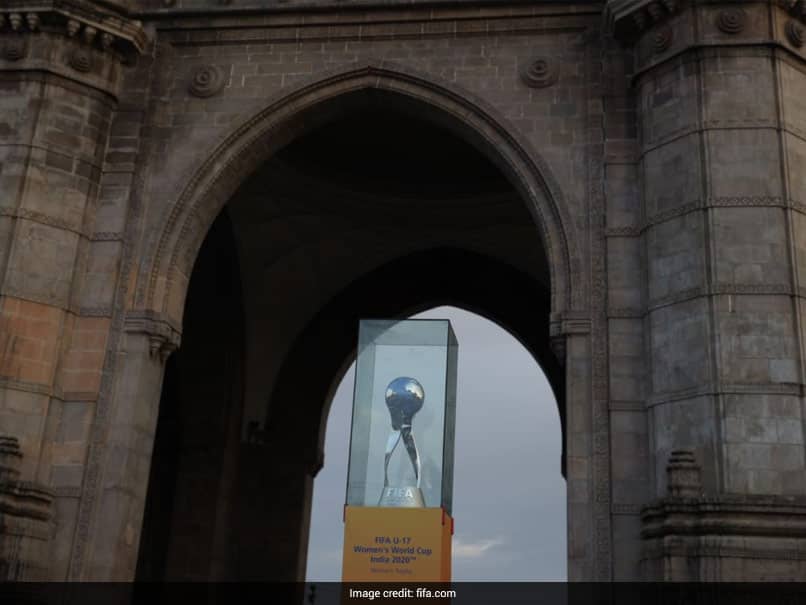 The FIFA U-17 Women's World Cup in India has been postponed due to the coronavirus pandemic.© FIFA

The FIFA Under-17 Women's World Cup to be held in India in November was on Saturday postponed by football's governing body due to the coronavirus pandemic. The women's age group showpiece was to be held at five venues in the country -- Kolkata, Guwahati, Bhubaneswar, Ahmedabad and Navi Mumbai -- from November 2-21. The tournament was to be competed among 16 teams, with hosts India being automatic qualifiers. It was to be India's maiden appearance in the U-17 Women's World Cup. The decision was taken by the FIFA-Confederations working group which was recently established by the Bureau of the FIFA Council to address the consequences of the COVID-19 pandemic.

"New dates will be identified," FIFA said in a statement.

It was also decided "to create a sub-working group on the women''s international match calendar to consider potential changes to the calendar and dates of postponed FIFA final tournaments".

The working group includes the FIFA administration and Secretary Generals and top executives from all confederations.

It unanimously approved a series of recommendations following its first meeting, which was organised via conference late on Friday.

While the tournament itself is five months away but only the qualifying event for Asia has been held so far from which from which Japan and North Korea have made the cut.

Five remaining qualifying events -- that of Africa, Europe, Oceania, South America, and Central, North America and Caribbean -- have not been held due to the global health crisis which has affected more than a million people.

Over 50,000 deaths have been caused by the deadly outbreak so far.

The official schedule of the tournament was announced in February and Navi Mumbai was to host the final.

FIFA thanked the Confederations'' representatives for their cooperation.

FIFA also reiterated that health must always be the first priority and the main criteria in any decision-making process, especially in these "challenging times".

In other decisions, the working group recommended "to postpone all international matches due to be played during the upcoming June 2020 window; and to organise bilateral discussions with confederations concerning 2022 FIFA World Cup qualifiers in order to finalise a revised match schedule pending health and safety developments".

As for the women''s international calendar, it was decided "to postpone all international matches due to be played during the upcoming June 2020 window; and to include the new dates of the women''s Olympic Football Tournament in the match calendar."

Comments
Topics mentioned in this article
FIFA Football
Get the latest updates on India vs England Series, India vs England , live score and IPL 2021 Auction . Like us on Facebook or follow us on Twitter for more sports updates. You can also download the NDTV Cricket app for Android or iOS.