The 33-year-old attacker, who plays for Brazilian giants Flamengo, was handed the ban after "testing positive for cocaine metabolite benzoylecgonine". 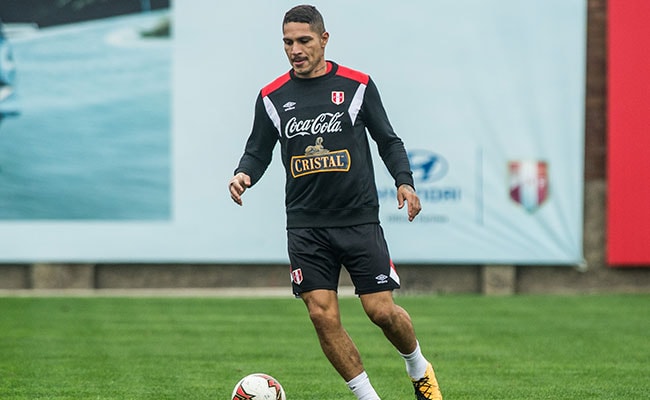 Peru captain Paolo Guerrero will miss the World Cup after been banned from football for a year for failing a drugs test, FIFA's disciplinary committee announced on Friday. The 33-year-old attacker, who plays for Brazilian giants Flamengo, was handed the ban after "testing positive for cocaine metabolite benzoylecgonine". The drug control came following a match in Argentine capital Buenos Aires on October 5, the world football governing body's watchdog said in a statement.

The former Bayern Munich striker missed Peru's play- off victory over New Zealand, which made the South American nation the 32nd and last country to qualify for the World Cup, after being provisionally suspended for 30 days for the offence on November 3. That suspension was then extended by 20 days on Tuesday before the final verdict was given on Friday.

Guerrero will now miss Peru's first World Cup since 1982, his country deprived of one of its most important attacking players as it prepares to face France, Australia and Denmark in Group C.

Comments
Topics mentioned in this article
Football Paolo Guerrero
Get the latest updates on IND vs NZ 2021, check out the Schedule and Live Score . Like us on Facebook or follow us on Twitter for more sports updates. You can also download the NDTV Cricket app for Android or iOS.