Paolo Guerrero, top-scorer at the 2011 Copa America, bagged his fourth goal of this year's tournament with a late strike as Peru completed a 2-0 victory. 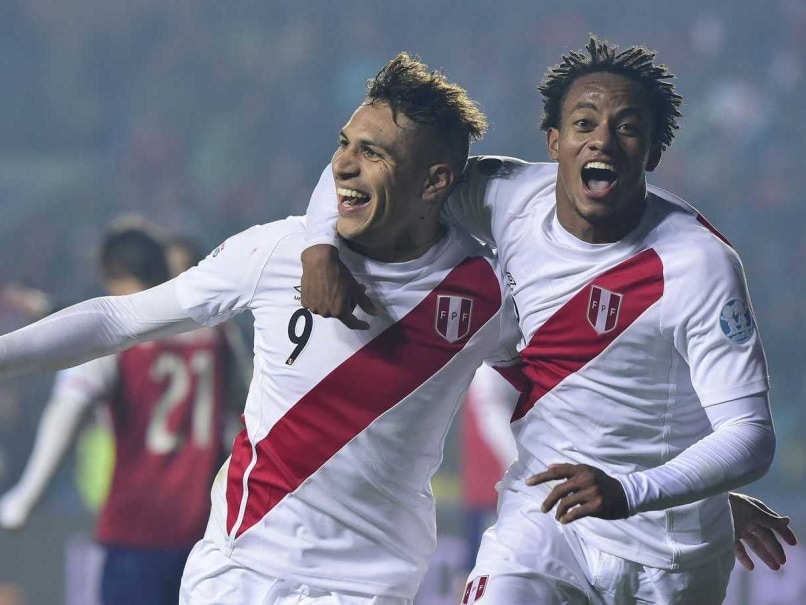 Paolo Guerrero fired Peru to a third place play-off victory over Paraguay here on Friday to stay in the hunt for Copa America tournament top-scorer honours.(All the Latest Football Updates)

The Flamengo striker, top-scorer at the 2011 Copa America, bagged his fourth goal of this year's tournament with a late strike as Peru completed a 2-0 victory.

Peru's other goal came from Andre Carrillo in the 48th minute.

A dangerous corner by Peru's highly rated midfielder Christian Cueva was headed into the path of Carrillo by Paraguay's Raul Bobadilla.

The 24-year-old met the clearance with a sweetly struck volley which flew into the bottom corner past the dive of Paraguay goalkeeper Justo Villar.

Paraguay, thrashed 6-1 by Argentina in the semi-finals, raised their game fleetingly and almost snatched an equaliser on 68 minutes only for striker Edgar Benitez to be denied by a superb block from Peru midfielder Carlos Ascues.

Peru's win saw them repeat their third place finish from the 2011 Copa America.

Comments
Topics mentioned in this article
Peru Uruguay Football
Get the latest updates on SA vs IND 2021-22, check out the Schedule and Live Score . Like us on Facebook or follow us on Twitter for more sports updates. You can also download the NDTV Cricket app for Android or iOS.