India slipped to 106 in the latest FIFA rankings after playing out a draw against Bangladesh in the World Cup qualifier. 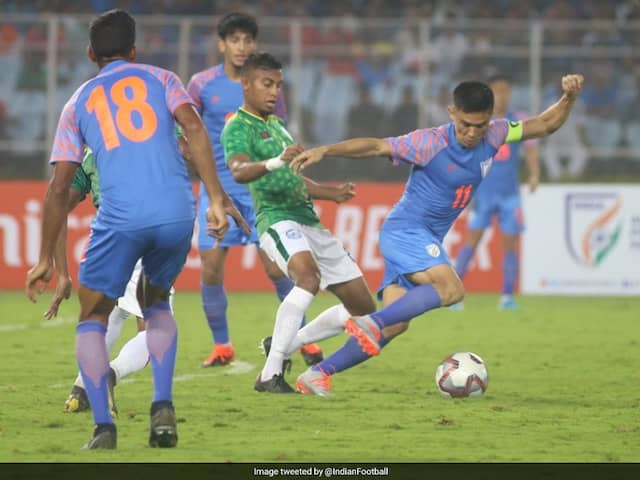 India were held to a 1-1 draw by Bangladesh in the World Cup qualifier game in Kolkata.© Twitter

The Indian football team slipped two places to 106 in the latest FIFA rankings released on Thursday after their 1-1 draw with much lower-ranked Bangladesh in the World Cup qualifier earlier this month. Despite securing an impressive 0-0 draw against Asian champions Qatar in September, the home stalemate against then 187th ranked Bangladesh saw India drop two ranks from 104 to 106 in the latest tally. Bangladesh, meanwhile, jumped three spots to 184 riding the result which their head coach Jamie Day had described as being similar to India's famous tie against Qatar.

Meanwhile, Belgium has remained at the top spot in the rankings with France and Brazil also holding on to their positions.

And there are celebrations, too, for Kosovo (114th, up 5), who can again feel pride on their best Ranking position to date.