Chelsea won their second knockout match in a matter of days after a midweek penalty shoot-out victory over Tottenham Hotspur in the League Cup. 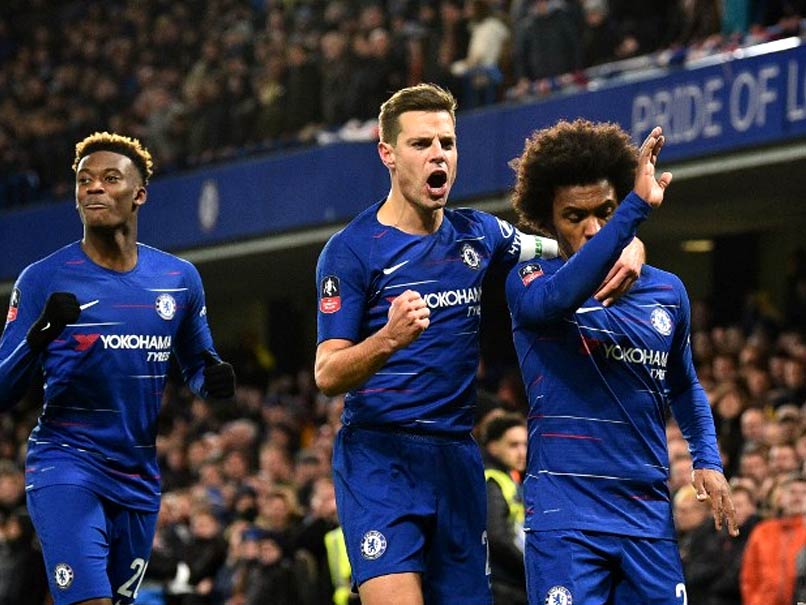 Willian scored twice as FA Cup holders Chelsea marked new signing Gonzalo Higuain's debut by beating Sheffield Wednesday 3-0 in the fourth round at Stamford Bridge on Sunday. The Brazilian gave the Blues a 26th-minute lead from the penalty spot but it was not until midway through the second half that second-tier Wednesday conceded again when Callum Hudson-Odoi, linked with a transfer window move to Bayern Munich, made it 2-0. Willian completed the scoring seven minutes from time as Chelsea won their second knockout match in a matter of days after a midweek penalty shoot-out victory over Tottenham Hotspur in the semi-finals of the League Cup.

There was no goal for Higuain, signed on loan until the end of the season from Juventus on Wednesday.

But Gianfranco Zola, Chelsea's assistant manager and himself a former Blues striker, told the BBC: "We are pleased with Gonzalo Higuain's performance, he was trying to find the space and get on the ball.

"It wasn't easy as they had a lot of players round him."

Chelsea did not have things all their own way against second-tier Wednesday, who thought they had been awarded a penalty in the 22nd minute.

Joey Pelupessy tried to meet Steven Fletcher's pass, with Ethan Ampadu sliding in to win the ball before being kicked by the Wednesday midfielder.

Referee Andre Marriner awarded a penalty but this was overturned by VAR, being trialled in some English cup fixtures this season.

"Obviously the VAR decisions are correct but what baffled me was surely it's a corner if it came off their player. The referee gave a drop ball. And a minute later they have a penalty."

Wednesday's woe was compounded soon afterwards when Willian scored from the spot after Sam Hutchinson trod on Cesar Azpilicueta inside the box.

VAR was called into action again but this time Marriner's decision was upheld and Willian, after appearing to offer the spot-kick to Higuain, made no mistake.

Chelsea had to wait until midway through the second half for Hudson-Odoi to make it 2-0 before Willian, playing a neat one-two with Olivier Giroud, completed the scoring seven minutes from time.

Tottenham Hotspur Willian Football
Get the latest updates on IPL Auction 2023 and check out  IPL 2023 and Live Cricket Score. Like us on Facebook or follow us on Twitter for more sports updates. You can also download the NDTV Cricket app for Android or iOS.