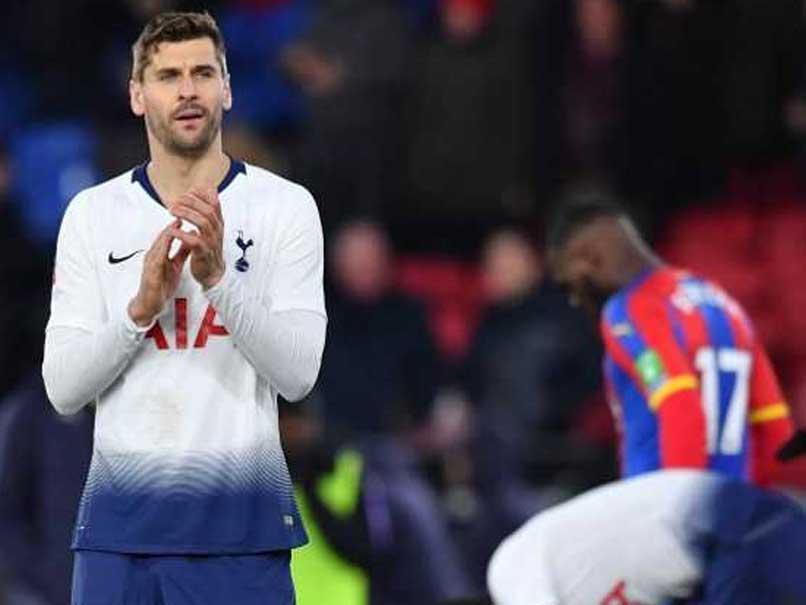 Tottenham Hotspur suffered their second defeatin English knockout football to a London rival in a matter of days as they lost 2-0 to Crystal Palace in the fourth round of the FA Cup on Sunday. Connor Wickham gave the unfancied Eagles, 29 points adrift of Spurs in the Premier League, a ninth-minute lead before a penalty by former Tottenham winger Andros Townsend made it 2-0. Spurs' Kieran Trippier missed with a penalty before half-time as Tottenham suffered more spot-kick woe following Thursday's shoot-out defeat by Chelsea in a League Cup semi-final.

Tottenham pressed for a goal in the second half but Palace, just three points above the relegation zone, upset the form book to record a deserved win. This reverse left Mauricio Pochettino still searching for his first trophy as Tottenham manager since the Argentinian joined from Southampton in 2014, with Spurs' last piece of silverware the 2008 League Cup.

It is also bound to intensify the debate over whether Spurs need to change their transfer strategy and spend big in the closing days of the January window.

Spurs were without injured England stars Harry Kane and Dele Alli, while the in-form Son Heung-Min had still to return from international duty with South Korea at the Asia Cup.

Pochettino, however, decided to omit Christian Eriksen, with the influential playmaker not even among Spurs' substitutes at Selhurst Park. For all they are third in the Premier League, Spurs are nine points adrift of leaders Liverpool.

And, with title-holders Manchester City also ahead of them, it would be a  surprise if Tottenham -- last crowned champions of England in their 'Double' season of 1960/61 -- ended the season top of the table. The Champions League is now Tottenham's only hope of a trophy this season, with Pochettino's men playing German club Borussia Dortmund in the last 16.

It took Palace a mere nine minutes to open the scoring, Wickham following up after a Jeff Schlupp shot was blocked by Spurs goalkeeper Paulo Gazzaniga.

Palace then made the most of a bizarre incident when Spurs' Kyle Walker-Peters handled a cross into the box.

It was a clear penalty and Townsend made no mistake from the spot, slamming the ball into the middle of the goal.

But Speroni wasn't needed at all when, after Patrick Van Aanholt brought down Juan Foyth, Trippier lasted the ensuing penalty well wide of the post.

Tottenham laid siege to the Palace goal in the second half, with Speroni saving well from Fernando Llorente to keep Spurs at bay.