Marcello Lippi's Chinese side finished as group runners-up having likewise already sealed their place in the last 16. 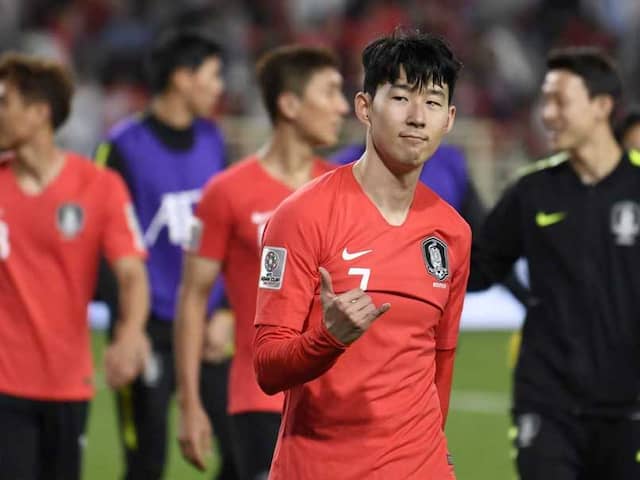 An effervescent Son Heung-min inspired title-chasing South Korea to a comfortable 2-0 victory over China on Wednesday to finish top of their Asian Cup group. Hwang Ui-jo and Kim Min-jae were on target as the Koreans, boosted by the arrival of their talisman, ran China ragged in Abu Dhabi. Talisman Son won the penalty converted by Hwang and fizzed in the assist for Kim to spark South Korea, who finished top of Group C with a perfect nine points as they look to end 59 years of Asian Cup hurt.

Marcello Lippi's Chinese side finished as group runners-up having likewise already sealed their place in the last 16 by winning their first two matches.

Korean captain Son surprisingly started - and completed 87 minutes - despite a punishing run of 13 games for Tottenham since the start of December.

South Korea, who beat Asian Cup first-timers Philippines and Kyrgyzstan 1-0 in their opening two games, went for the jugular.

A Hwang Hee-chan rocket forced China goalkeeper Yan Junling into a fingertip save before Hwang Ui-jo curled an effort against the post.

The Koreans, joint title favourites with Iran, doubled their lead six minutes after the break when Son's corner was met by Kim's thumping header.

South Korea, who famously reached the World Cup semi-finals in 2002, have failed to win the Asian Cup since winning back-to-back titles in 1956 and 1960.

They have been finalists on four subsequent occasions, including in 2015 when they were beaten in extra time by hosts Australia.

But Son's inclusion has clearly energised the Taeguk Warriors, who suddenly look a very different proposition.

China, Asian Cup runners-up in 1984 and 2004, began the competition by edging Kyrgyzstan 2-1 and overpowering the Philippines 3-0.

But they were no match for South Korea and were lucky not to concede further goals in a lop-sided game.

Elsewhere in Group C, a Vitalij Lux hat-trick sent Sven-Goran Eriksson's Philippines crashing out and gave Kyrgyzstan hope of progressing as one of the best third-placed teams in a 3-1 victory.

German-based Lux struck once in the first half and twice in the second in Dubai before the Philippines grabbed a consolation goal through Stephan Schrock with 10 minutes to go.

Son Heungmin Football
Get the latest Cricket news, check out the India cricket schedule, Cricket live score . Like us on Facebook or follow us on Twitter for more sports updates. You can also download the NDTV Cricket app for Android or iOS.