Paulo Bento will take no risks with his best player despite needing a win to finish top of Group C. 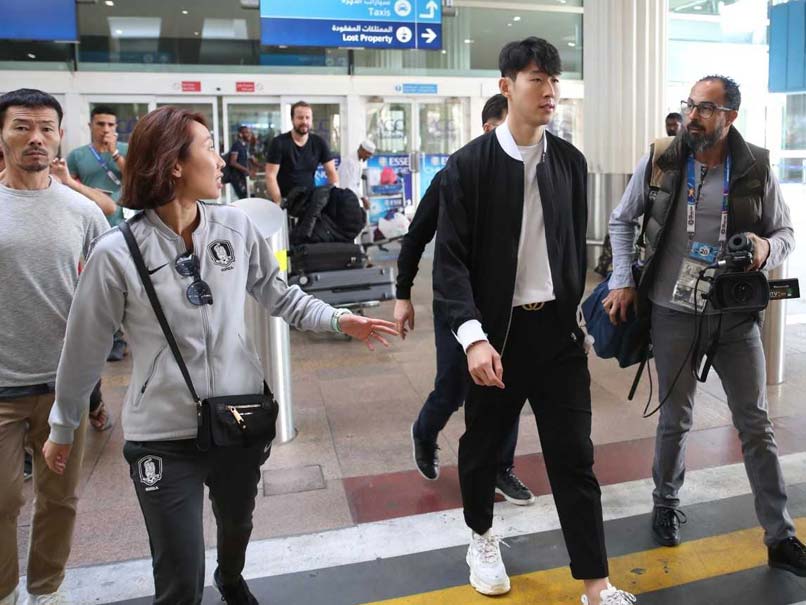 South Korea coach Paulo Bento fears Tottenham forward Son Heung-min has played too many games over the past month after his star player's arrival in the UAE for the Asian Cup. The Koreans take on China in Abu Dhabi on Wednesday as they continue their quest to end 59 years of hurt in the competition, but Bento will take no risks with his best player despite needing a win to finish top of Group C. "Of course we know how many matches and minutes he has played over the past month," the former Portugal boss said Tuesday.

"He's probably never played as many games in a row as he has recently. It's only his second day with us so we will need to check his condition tomorrow before we make any decision on him.

"But we won't take any risks and we also have other options."

Son has played in 12 matches for Spurs in a little over a month and admitted to feeling some fatigue on his arrival in the Emirates on Monday.

"I would be lying if I said I wasn't tired," said the 26-year-old. "But I'm used to playing every three days, so hopefully it will be okay. I'm here to help South Korea lift the Asian Cup."

South Korea have puzzlingly failed to scoop Asian football's most coveted prize since winning back-to-back titles in 1956 and 1960.

They beat tournament first-timers the Philippines and Kyrgyzstan 1-0 in their first two games but were less than impressive without star man Son.

But Bento promised to attack Marcello Lippi's Chinese side, who currently lead the group on goal difference after edging Kyrgyzstan 2-1 and thrashing the Philippines 3-0.

"We face a good team with a very experienced coach," said the Portuguese.

"But we have to take risks and attack if we are to achieve our ambition and finish top of the group. With or without Son, our goal doesn't change -- we will try to win."

Lippi is set to ring the changes as China chase a first Asian Cup title, but he denied reports striker Wu Lei would be sent home with a shoulder injury.

"He's had a niggle but he's getting better," insisted the Italian.

"He isn't going anywhere -- but we won't be risking him tomorrow."

China finished Asian Cup runners-up in 1984 and 2004 but Lippi, who steered his native Italy to World Cup victory in 2006, backed his side to make a run at the title.

"To become champions you need good players, which we have," said the 70-year-old.

"You also have to have complete harmony in the group. You can't have any prima donnas. If we're not all working for the same thing it will be very difficult to win this tournament."

Son Heungmin Football
Get the latest updates on IPL 2021, check out the IPL 2021 Schedule and Indian Premier League Live Score . Like us on Facebook or follow us on Twitter for more sports updates. You can also download the NDTV Cricket app for Android or iOS.