Manchester United, last season's losing finalists, were 2-0 up before half-time, thanks to goals from Juan Mata and Romelu Lukaku. 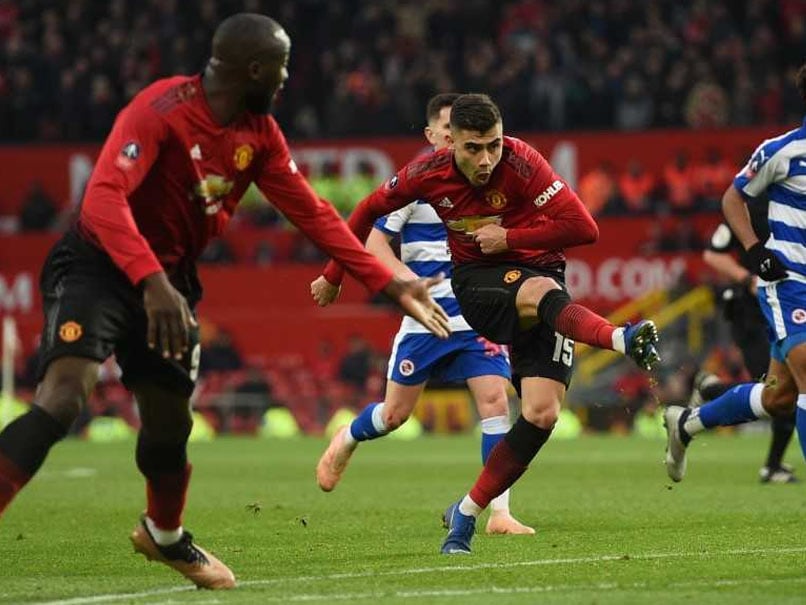 Ole Gunnar Solskjaer enjoyed a fifth successive win in as many games as interim manager of Manchester United when his side beat Reading 2-0 in the third round of the FA Cup at Old Trafford on Saturday. The former United striker had already guided the Red Devils to a run of four straight Premier League victories since being appointed coach after controversial former boss Jose Mourinho was sacked last month. That winning sequence was maintained against second-tier strugglers Reading, with the third round marking the entry into the FA Cup, the world's oldest senior knockout football competition, of England's top-flight clubs.

United, last season's losing finalists, were 2-0 up before half-time, thanks to goals from Juan Mata and Romelu Lukaku but Reading had their chances against a still suspect defence.

Mata gave United, 12-times winners of the Cup, the lead in unusual fashion in the 22nd minute.

United initially had a goal disallowed for offside against Fred but referee Stuart Attwell, after a lengthy consultation with the video assistant referee, awarded the home side a penalty for a foul on Mata in the build-up.

The Spanish midfielder then scored from the spot himself, sending Reading goalkeeper Anssi Jaakkola the wrong way.

Alexis Sanchez and Lukaku were both making their first United starts under Solskjaer and the pair combined to make it 2-0 deep into stoppage time at the end of the first-half.

From Sanchez's through-ball, the onrushing Lukaku calmly rounded Jaakkola and scored from a tight angle.

Brighton, beaten in a replay by United in the 1983 FA Cup final, scored with what amounted to their first attack of the game when Anthony Knockaert fired them into a 31st-minute lead.

And three minutes later it was 2-0 when Yves Bissouma's long-range shot went in off the post.

Bournemouth pulled a goal back through Marc Pugh's fine effort from 20 yards out but Brighton restored their two-goal lead in the 64th minute when Florin Andone headed in from the Seagulls' first corner of the game.

The Austrian striker scored as early as the second minute.

Yet Arnautovic was, for no clear reason, substituted after 19 minutes by Hammers boss Manuel Pellegrini.

But Andy Carroll, the man who replaced Arnautovic, made it 2-0 in the 90th minute when the forward's header saw him score his first goal since April.

West Ham's Samir Nasri, the former Arsenal and Manchester City midfielder playing 60 minutes on his debut for the east London side, having joined after completing a doping ban.

Bakary Sako's goal was enough to give West Brom a 1-0 win over fellow Championship club Wigan, shock FA Cup-winners in 2013.

Former England striker Peter Crouch scored an equaliser for Stoke, now a Championship club, in a 1-1 draw with Shrewsbury, who are a division below in League One.

Premier League champions Manchester City are at home to Championship side Rotherham on Sunday.

Liverpool, the Premier League leaders, play Wolves in an all-top flight clash at Anfield on Monday.

Tottenham Hotspur became the first club into the fourth round this season with a 7-0 rout of fourth-tier Tranmere on Friday.

Juan Mata Alexis Sánchez Football
Get the latest updates on ICC T20 Worldcup 2022 and CWG 2022 check out the Schedule, Live Score and Medals Tally. Like us on Facebook or follow us on Twitter for more sports updates. You can also download the NDTV Cricket app for Android or iOS.