Romelu Lukaku has failed to score for Manchester United since September 15. 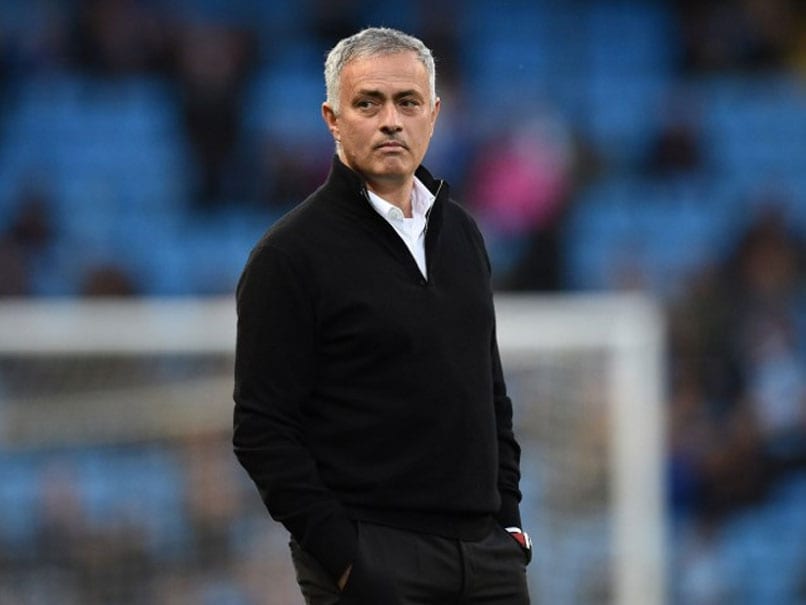 Jose Mourinho has revealed he travelled to Belgium last week to try and get to the bottom of Romelu Lukaku's dramatic loss of form for Manchester United. The United manager attended Belgium's international victory over Iceland in Brussels even though neither of his players, Lukaku or Marouane Fellaini, were in action for Roberto Martinez's side in the Nations League game. But Mourinho has explained that his visit was for the express purpose of supporting Lukaku after the striker's recent alarming dip in form for his club side.

"I went (to) fundamentally be with Lukaku ... to see his situation, his injury," said the 55-year-old.

Lukaku, 25, has failed to score for United since September 15 - 10 matches in all competitions - and lost his place in the starting line-up for United's past four matches.

"Roberto invited me to meet him which I decided not to because I don't like to disturb people before matches," added Mourinho.

"But I was with Roberto on the phone ... trying to understand the problem and evolution of the problem."

Despite his troubles with United, Lukaku has maintained his form with Belgium, scoring twice in the win over Switzerland in mid-October, his last goals in any form of football.

He has scored five goals in four appearances for his country this season in contrast to four goals in 15 outings for his club side.

Injury forced him out of Martinez's latest internationals but it was only a minor hamstring problem and Lukaku is expected to return to the United squad for Saturday's visit of Crystal Palace to Old Trafford.

A teammate who is not scheduled to be in that squad is defender Eric Bailly, who has struggled to earn regular first-team minutes this season.

Bailly has started just three league games in the heart of United's defence as injuries and loss of form have taken their toll.

"The situation is that we have five central defenders and it's a little bit difficult to find the best combination, not just related to their qualities but also related to the injury situation," explained Mourinho.

"I think (Chris) Smalling and (Victor) Lindelof, they are playing much better than at the start of the season.

"I decided to give Victor his chance to evolve, with some mistakes ... because he is young, especially in the Premier League. We decided to give him this continuity which I think is clear has improved him in his physical qualities."

Romelu Lukaku English Premier League Football
Get the latest updates on India vs South Africa and check out  Schedule, Results and Live Score. Like us on Facebook or follow us on Twitter for more sports updates. You can also download the NDTV Cricket app for Android or iOS.