Manchester United travel to Juventus for another date with former favourite son Cristiano Ronaldo, two weeks after they were outplayed at home. 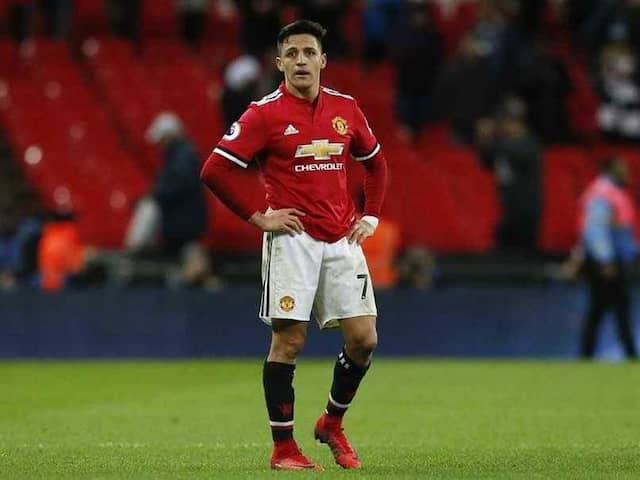 Alexis Sanchez has endured a torrid start to his Manchester United career but hinted at better things to come with an impressive display in a central role ahead of the Champions League match against Juventus. The injured Romelu Lukaku missed the 2-1 win at Bournemouth on Saturday and Marcus Rashford started on the bench as Jose Mourinho opted for a three-man forward line, with Anthony Martial and Juan Mata deployed either side of Sanchez. The former Arsenal man was instrumental in United's first-half equaliser, setting up Martial, and will be disappointed to have been substituted towards the end of the game.

The match, won by substitute Rashford in injury time, was a rare high point for the Chile international, who has struggled to find his feet since arriving at Old Trafford in January -- it was his first league start since September 22.

Following the much-needed win against Bournemouth, Mourinho praised Sanchez and spelt out his preferred system, saying he did not need a traditional centre-forward to lead his attack.

"The way I like to play is with three attacking players where there is not a clear definition of the winger as a winger," he said, adding that he likes wide men with a striker's appetite.

"And I always had that in my team, with the wingers scoring a lot of goals, sometimes even more goals than the striker," he said.

"So it's not impossible at all to have in the same team at the same time Rashford, Lukaku, Alexis for example. But today Romelu was not available and we thought that Alexis could do what he did.

"What he did, he had a good assist, he had some mobility, he created some problems but then in the second half I knew that by having the two brothers on the bench, Rashford and (Jesse) Lingard, I knew that the brothers could come in and also make an impact."

United now travel to Juventus for another date with former favourite son Cristiano Ronaldo, two weeks after they were outplayed during a 1-0 defeat at Old Trafford that left them five points adrift of the Italian champions in Group H.

Despite Mourinho's stated preference for a multi-dimensional attack, keeping Lukaku out of the starting line-up will be tricky, with the manager proving loyal to his muscular front man.

The Belgium international, who has not found the net for the club since mid-September, is not the only United forward who has gone off the boil, with Rashford also struggling despite his goal at the weekend.

Martial's goals have been papering over the cracks during United's recent mini-recovery, with the Frenchman earning the manager's trust at last.

Former United defender Rio Ferdinand believes Rashford should be given a run in the starting line-up, even though he said it is not clear what his best position is yet.

"You look at Lukaku. Lukaku's goalscoring record is up there, it's fantastic, he scores goals," added the TV pundit. "But in the best teams you need more than that.

"At the moment, I see in a Man Utd shirt that some things break down in Lukaku. And that affects other players in the team, like (Paul) Pogba and Lingard, who want to play off people."

Romelu Lukaku Juventus vs Manchester United, Group H Alexis Sánchez Football
Get the latest Cricket news, check out the India cricket schedule, Cricket live score . Like us on Facebook or follow us on Twitter for more sports updates. You can also download the NDTV Cricket app for Android or iOS.