Europa League: Villarreal held Arsenal to a 0-0 draw to set up a final against Manchester United with a 2-1 victory on aggregate. 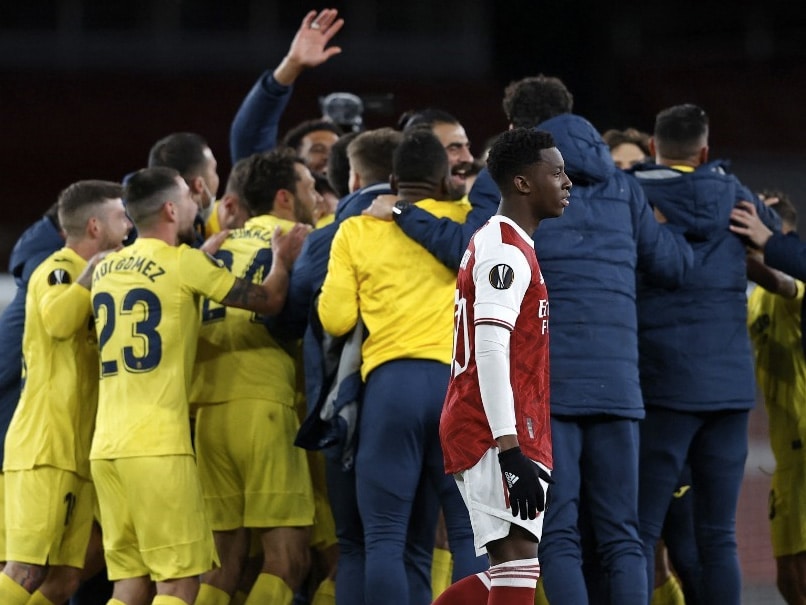 Villarreal boss Unai Emery came back to haunt Arsenal as the Spanish side held out for a 0-0 draw at the Emirates on Thursday to set up a Europa League final against Manchester United with a 2-1 victory on aggregate. Defeat means the Gunners will miss out on Champions League football for a fifth consecutive season with the pressure building on Emery's successor Mikel Arteta. Sitting ninth in the Premier League, Arsenal are now on the verge of failing to qualify for European football for the first time in 26 years.

"We are devastated," said Arteta. "We tried everything until the last minute. I think we deserved to win the game but the details define these ties."

"We had three big chances, they didn't have anything but they are through," added Arteta, who was forced into a last minute reshuffle when Granit Xhaka picked up an injury in the warm-up.

"So many things happened to us, and so many players were just trying to compete not at their best."

The Yellow Submarine will take on United in Gdansk on May 26, three days before Manchester City face Chelsea in the Champions League final on May 29.

That clash will be Emery's fifth Europa League final, having won the competition three times with Sevilla and taking Arsenal to the final in his only full season in charge at the Emirates.

The Spaniard was sacked after just 18 months as Arsene Wenger's successor, but again showed his experience at this level by guiding his side through despite vastly inferior resources to his former club.

"I'm very proud because we know it is very important for us and Arsenal are a very good team," said Emery.

"Today we are thinking to enjoy this moment and then we prepare the match against Manchester United.

"We deserve to play this final and we will show our best performance. We want to fight against Manchester for this title."

Dani Parejo's free-kick that dipped onto the roof of the net was Villarreal's most dangerous effort as they controlled the first-half without threatening to score the vital away goal.

It was Arsenal who came closest to scoring before the break when Aubameyang's strike with the outside of his right foot came back off the post.

Arsenal started the second period with far greater intent and wasted two huge chances to edge ahead on away goals.

Firstly, Nicolas Pepe dragged his shot wide from Kieran Tierney's inventive flick before Smith Rowe also failed to hit the target with the goal gaping as Geronimo Rulli flapped at a cross.

Aubameyang has had a difficult season since signing a bumper three-year contract in September that reportedly made him the highest paid player in the Premier League.

The Arsenal captain has only recently returned from a spell out with malaria, but was inches away from proving his worth as his header came back off the inside of the post and bounced to safety 10 minutes from time.

Arteta's decision to remove Aubameyang moments later will be questioned as the home side rarely threatened in the closing stages to end their season with a whimper.

"He was outsmarted by the previous manager, which is a bit of an embarrassment," said former Arsenal defender Martin Keown.

Arsenal Football
Get the latest updates on T20 World Cup, check out the T20 World Cup Schedule and Live Score . Like us on Facebook or follow us on Twitter for more sports updates. You can also download the NDTV Cricket app for Android or iOS.