Manchester United will take on Club Brugge in the last 32 of the Europa League while struggling Arsenal will face Greek side Olympiakos. 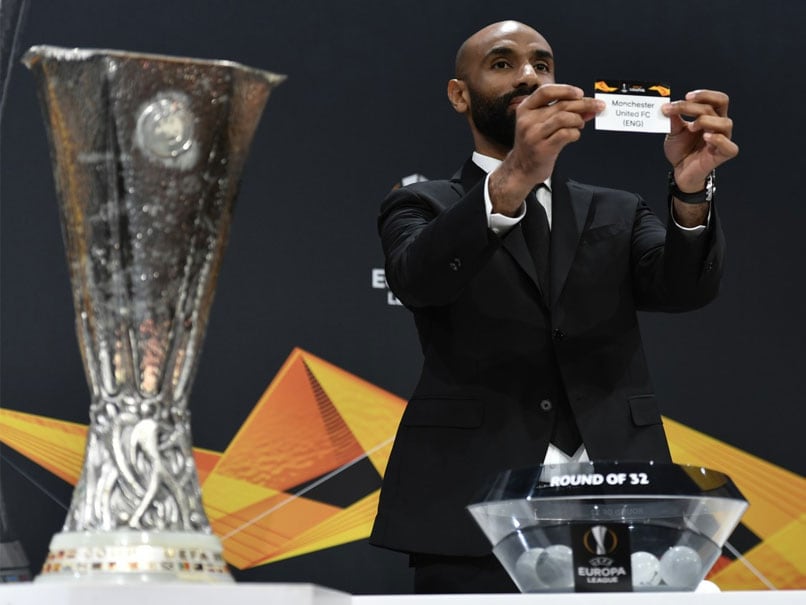 Manchester United will take on Club Brugge in the last 32 of the Europa League.© AFP

Manchester United will take on Club Brugge in the last 32 of the Europa League while struggling Arsenal will face Greek side Olympiakos following Monday's draw in Nyon. United, who won the competition under Jose Mourinho in 2017, travel to Bruges for the first leg on February 20 before returning to Old Trafford a week later. "There is no easy team at this stage but the team is doing well and hopefully we can get a good result," United club ambassador Park Ji-Sung told BT Sport.

"A couple of years ago we won the trophy and we know how beneficial it is, particularly with qualification to the Champions League."

Arsenal are languishing ninth in the Premier League after sacking coach Unai Emery but finished top of their group in Europe and are also away in the first leg.

"We are not doing so well, unfortunately in the Premier League, so this could be a route into the Champions League next year, so I'm sure it will be one of our priorities," said Arsenal club secretary David Miles.

Ajax were drawn with Spanish outfit Getafe following their surprise exit from the group stage of the Champions League, while Serie A leaders Inter Milan travel to Ludogorets.

Antonio Conte's side will be among the favourites for the competition alongside last season's Champions League semi-finalists Ajax after failing to get past Barcelona and Borussia Dortmund in Europe's top competition.

Sevilla travel to Romanian side Cluj with the five-time winners riding high in La Liga, while fellow Spaniards Espanyol travel to Wolverhampton Wanderers, who are enjoying their first European campaign in nearly four decades.

Olympiacos Football
Get the latest updates on IND vs NZ 2021, check out the Schedule and Live Score . Like us on Facebook or follow us on Twitter for more sports updates. You can also download the NDTV Cricket app for Android or iOS.